Delivering Brexit and building a new path for Britain 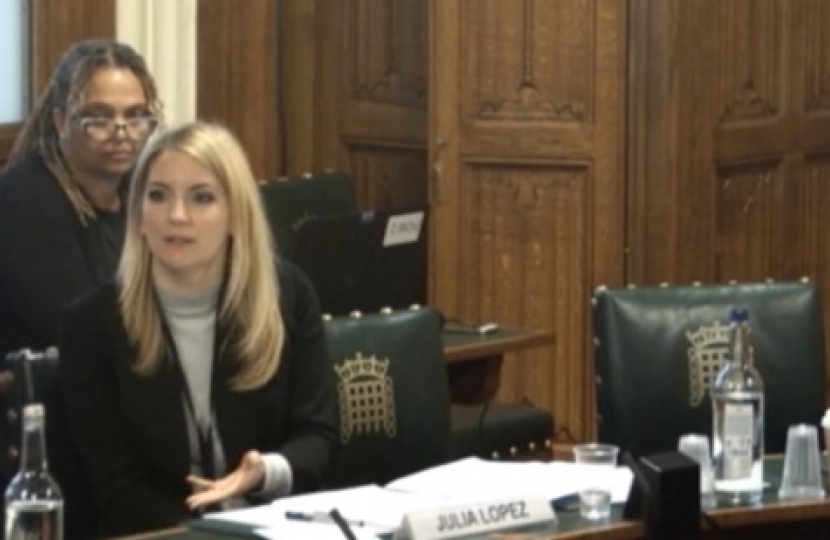 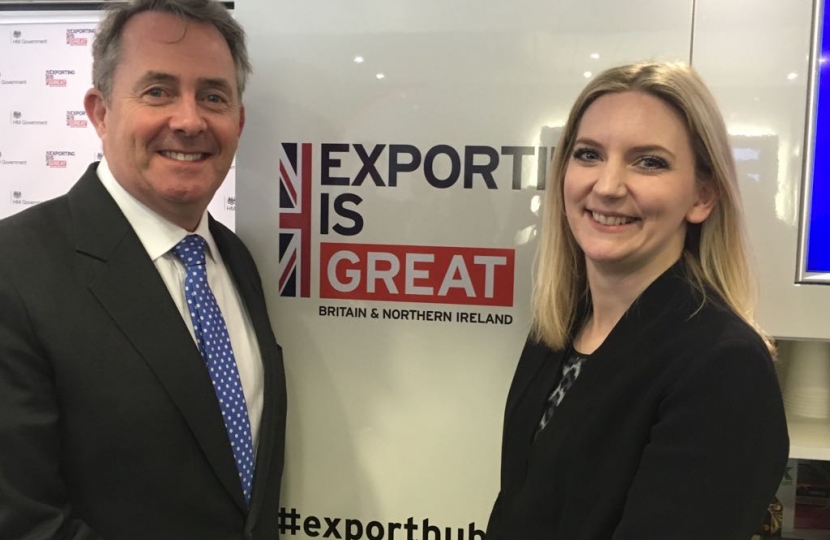 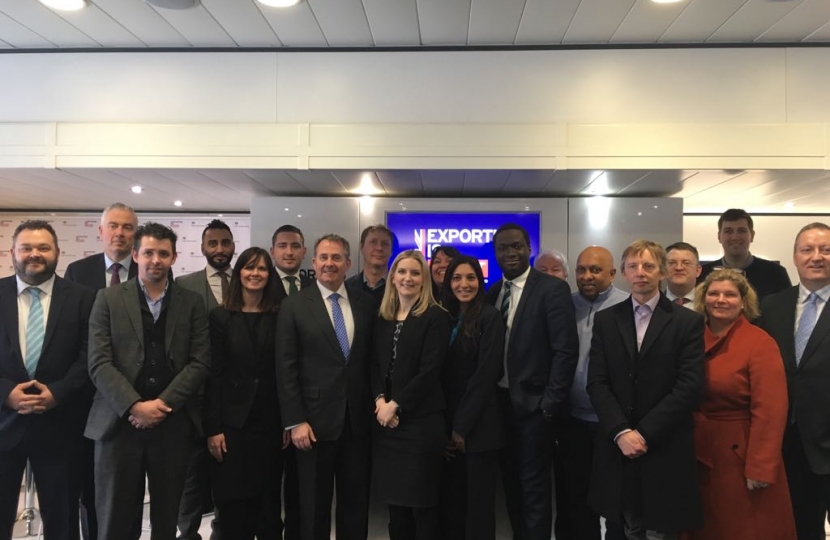 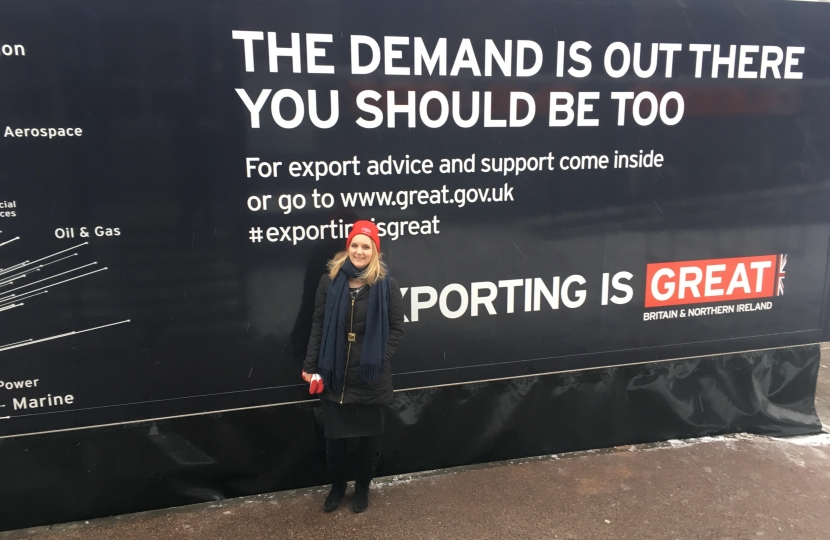 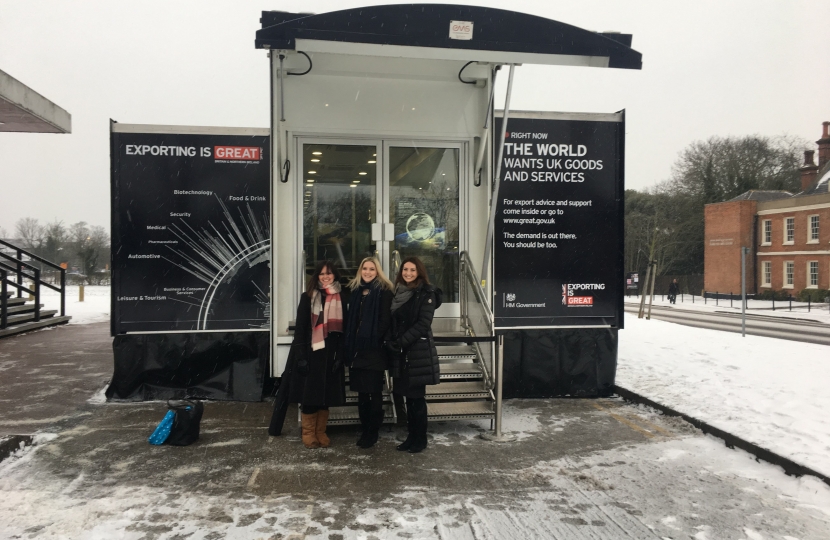 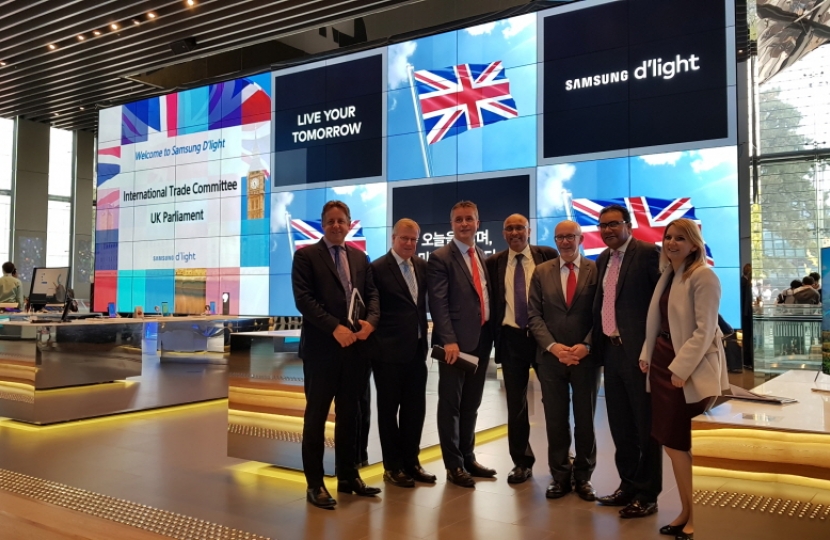 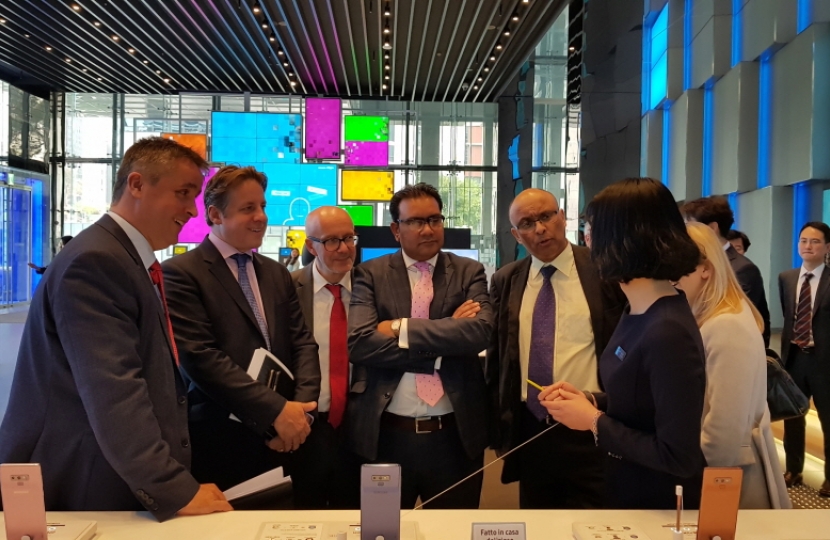 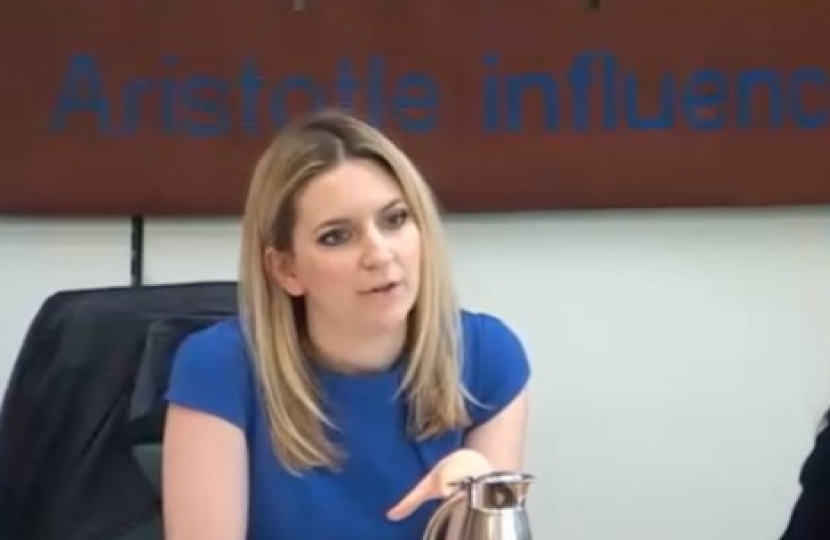 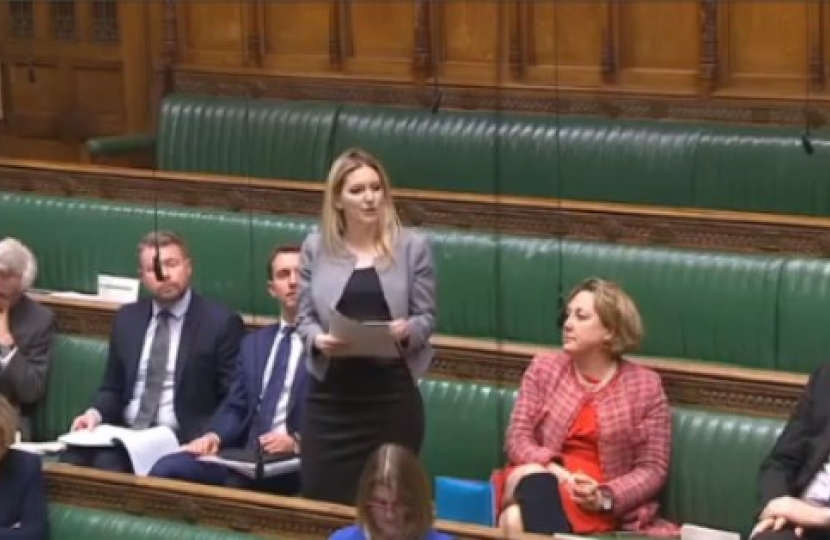 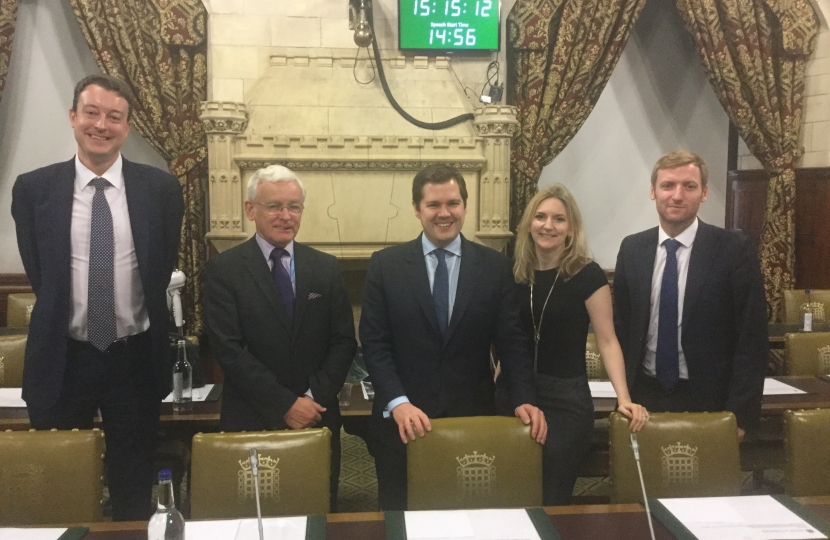 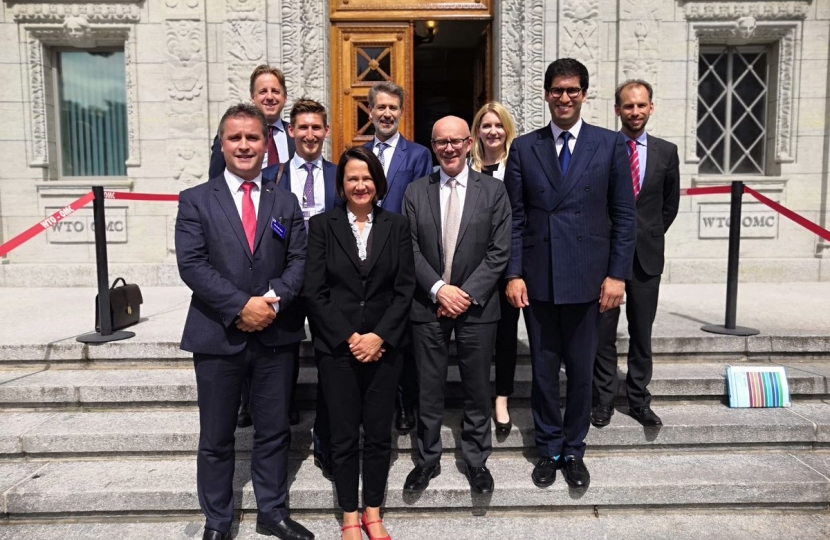 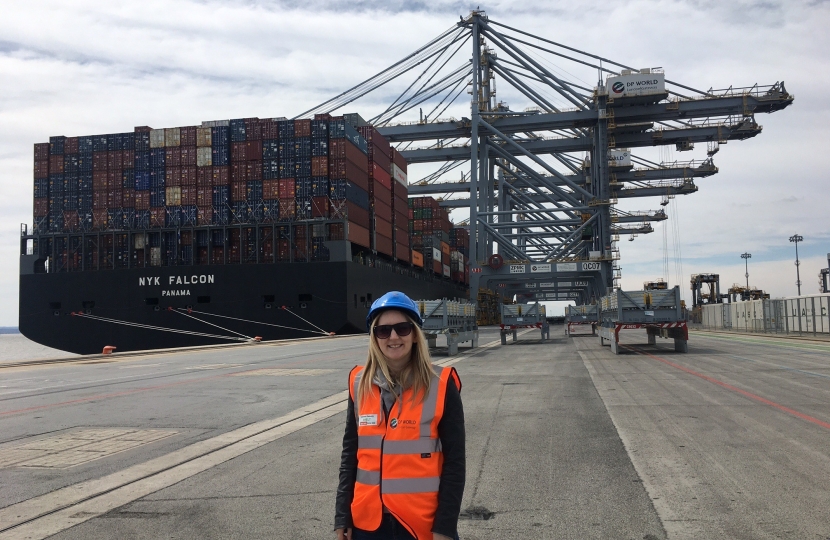 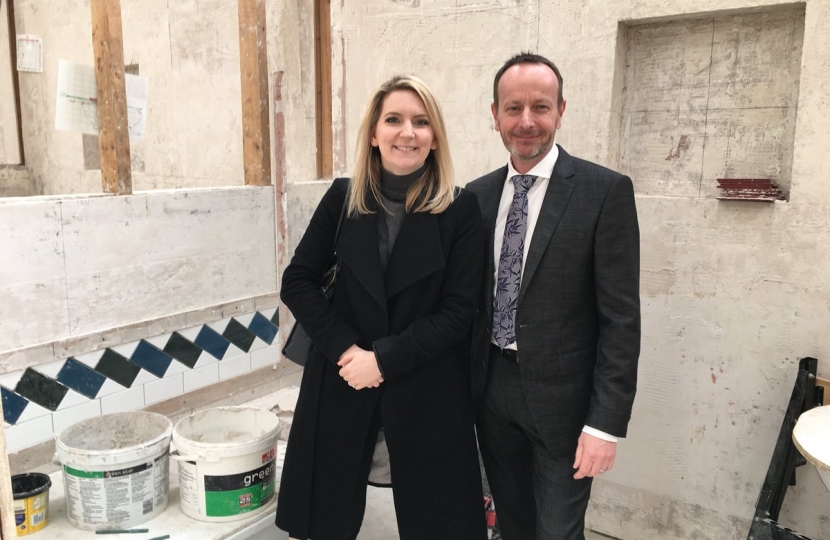 The fulfilment of the Leave verdict of the 2016 EU Referendum.

At the 2016 referendum, Havering voted Leave by 69 per cent and I too voted Leave as a private citizen. At the subsequent 2017 General Election, I stood on a manifesto that promised to honour the referendum result and leave the single market and customs union.

I have tried at every stage in parliamentary votes to honour those commitments in my two years as a Member of Parliament, and have directly engaged with the hundreds of constituents who have written to me ahead of key votes to explain my position on this historically important issue. I have posted all those explanations and my speeches below, and I have also led two parliamentary debates on how we can best deliver the result, prepare the UK to leave and devise a new global trading strategy.

To summarise my votes:

The freedom to set our own independent global trading policy through my work on the International Trade Select Committee.

Through my membership of the International Trade Select Committee I scrutinise the work of the Department for International Trade and the Secretary of State. The Committee has conducted inquiries on a variety of strategically important matters as we leave the EU, including the UK's trade with the Commonwealth, developments at the World Trade Organisation and the Department's support for exports. More information on the Committee's work can be found here. I have led and contributed to debates on the UK’s international trade policy, and have engaged with the governments of Singapore, Australia, Japan, Canada, the United States and others about post-Brexit trade particularly in relation to the UK’s key services industries.

Investment in our local skills base to get more people into fulfilling work and reduce our dependence on migrant labour.

Working with Havering Sixth Form College, I have achieved campaign breakthroughs to increase per-pupil funding for post-16 education so that we can equip young people with the skills they need to access fulfilling, well-paid job opportunities. More information on my campaign for post-16 education funding and the Chancellor's announcement of the single biggest funding increase for FE and sixth form colleges since 2010 can be found here.

I have collaborated with Havering College and Transport for London over their innovative Railway Academy in Harold Hill to get UK jobseekers retrained to work on big British infrastructure projects. We showcased the Academy to the Transport Secretary after inviting him to visit Havering, and also promoted Havering’s bid for a Heathrow logistics hub on brownfield land in the south of the borough.

My team is currently making arrangements for a Jobs Fair to be hosted in Hornchurch on 21 November, to which jobseekers from the constituency will be invited to meet with employers in the region to discuss employment and training opportunities.

A new strategy for our region that links the ports, transport hubs and logistics parks of the Thames Estuary and Eastern London to make the most of new global trading opportunities.

I successfully lobbied government for a coordinated development plan for the Thames Estuary region covering North Kent, South Essex and East London so that we can maximise the opportunities for residents from economic development, particularly when it comes to jobs, skills, quality of life and revived green spaces.

Government has now announced a new Thames Estuary strategic board and ministerial champion for the region that can drive forward ambitious housing and infrastructure deals, improvements to the strategic road network, a regional industrial and skills strategy and a new Great Thames Park. My team and I hope to drive this work forward should I be re-elected on 12 December.

I supported Havering Council's bid for a Heathrow logistics hub which would transform vast brownfield sites next to the constituency into a centre of modern industry and logistics.

Support to local businesses who have not yet considered exporting or who would like assistance in expanding into new markets.

We held an Export Hub road show event at Queen’s Theatre, Hornchurch, for local businesses looking to export. The event was attended by the Trade Secretary and his team and brought together experts on export finance, local business advisers and banks to give Havering businesses advice on how to expand into growing markets. More information on this event can be found here. My team and I hope to host further export advice events in the New Year.

How I voted this week on Brexit

Thank you for your correspondence on Brexit.

Question to PM on Brexit statement

This afternoon, the Prime Minister made a statement to the House advising MPs that we shall have a further meaningful vote on her Withdrawal Agreement by 12 March.

Visiting the Falklands with the Armed Forces

Ensuring the security of citizens is the first duty of any government, and sending our Armed Forces into battle is one of the most serious things that any parliamentarian may be asked by government to support.

My speech on the EU Withdrawal Agreement

In the speech below, my second in the debates on the Prime Minister's EU Withdrawal Agreement, I set out why I am unable to support the deal on the table when the vote takes place on 15 January.

My speech in the Withdrawal Agreement debates

This is the speech that I made in parliament on the second day of the debates on the Withdrawal Agreement. I was not able to get through the final few paragraphs as a four-minute time limit was placed on speakers and I had to cut it down on the hoof. To watch my contribution, click here

Daily Telegraph - The PM's deal slithers us into an indefinite limbo

‘Let’s get on with it’, concluded the Prime Minister in a recent letter to MPs selling the Brexit Withdrawal Agreement. It is a seductive sentiment, and one which government hopes will persuade exasperated voters and equally weary MPs to unite behind the deal in time for a happy Christmas.

Brexit presents a profound and complex challenge for our country and our politics. Yet seeing parliament reduce it at best to a problem to be mitigated, and at worst an existential threat that needs to be blocked, has been frustrating and dispiriting in equal measure.

I made the following contribution to a debate tabled by Simon Clarke MP on free ports.

I made the following contribution to a debate on Global Britain that had been tabled by Tom Tugendhat MP, Chairman of the Foreign Affairs Select Committee.