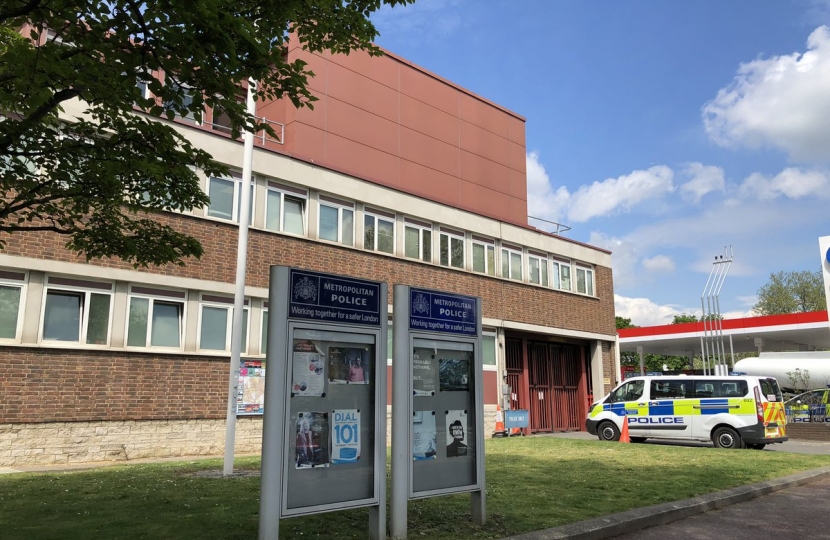 Earlier this morning I caught up with our Borough Police Commander, Stephen Clayman, to discuss residents' concerns regarding crime and to get a general update on policing within Havering.

I had recently published an update on my earlier correspondence with the Commander and the Principal of Havering Colleges regarding incidents of violence and antisocial behaviour at the Ardleigh Green campus, which can be viewed here. This morning the Commander said that investigations into incidents are proceeding well and that they are confident that the targeted measures taken in liaison with the College will lead to a reduction in issues in the locality.

We also discussed concerns relating to vehicle theft, following reports from a constituent in the Cranham area, and the Commander outlined the extensive work that is taking place on a cross-border basis with Essex Police in Operation Gambler. This intelligence-led work is achieving results and it is important that all such crimes are reported so that intelligence, such as the locations targeted, the registration of stolen vehicles as well as those vehicles used by suspects, can be fed into the intelligence base that guides it.

I was pleased to hear that local recruitment of officers is going well and on target with a further intake of officers to arrive next week. As well as the traditional recruitment of officers, the Metropolitan Police also operate apprenticeship routes of entry and the fist intake to our BCU area will arrive in January. I am eager to promote apprenticeship schemes in the area, with a Virtual Apprenticeship Fair discussing roles in the Department of Work and Pensions next month, and hope to work with the BCU Commander to promote this in due course.

Last week, I met representatives from local Co-op stores who shared incidents of abuse of shop workers they have witnessed, an issue which has unfortunately heightened during the pandemic. I raised this with Stephen, alongside the importance of strong engagement with ward officers as both a deterrence and means of responding to incidents. He is keen to increase engagement with local neighbourhood ward panels - information on panel meetings can be found by inputting your postcode into the Met Police's website at: https://www.met.police.uk/a/your-area/

We also discussed the worryingly high number of missing persons incidents across the BCU and rises in domestic violence, with spikes in August in particular. The police team are working very intensively on the first twenty-four hours of such reports, when interventions are most effective at reducing repeat domestic violence incidents. And, of course, we talked about the policing of covid restrictions. The police have been focused on tackling things such as illegal raves and large parties.

I hope that this update is helpful. Please do feel free to contact my team and I if you have any crime related concerns, we would be happy to assist where we can.