Catch up with Met Commissioner and Borough Commander 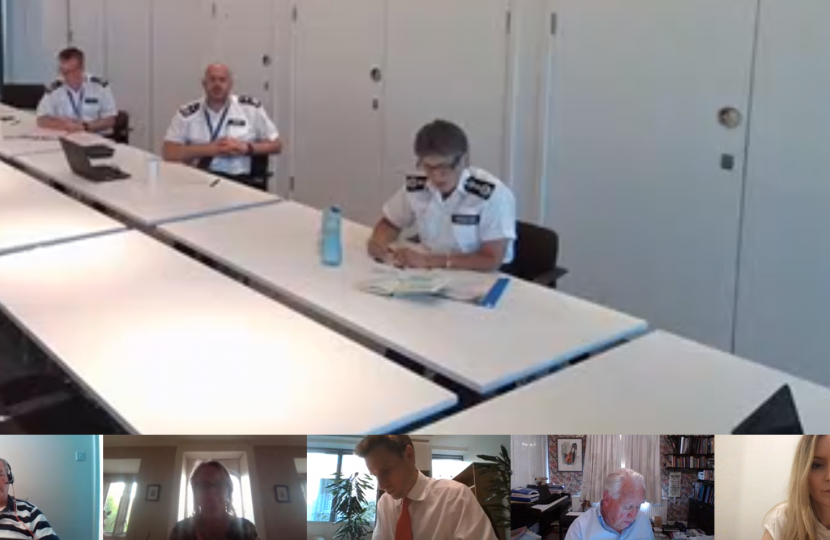 I have recently had meetings with Met Commissioner, Cressida Dick, as well as our local Borough Commander, Stephen Clayman, to raise constituents' views and concerns on policing. Here are some of the things we discussed:

Recruitment across the Met and in our BCU is going really well and we are ahead of the targets set as part of the Prime Minister's drive for 20 000 more officers. Last time I spoke to our Borough Commander, he had received an additional 58 officers for the BCU. He's had another 33 since and expects another 50 in the autumn. By the end of September he believes they will have had over 150 new starts. They are all apportioned to patrol bases in one of the three boroughs but before that they do eight weeks of street duties, often in the town centres. When they join the teams, they then do six months on the response unit, six months on neighbourhoods.

Unfortunately too many police officers are still getting pulled out of the boroughs to police things like the Extinction Rebellion protests. I had a discussion with the Commissioner and Borough Commander about the changing profile of crime across boroughs and how I think outer boroughs will need different resourcing going forward. For instance, the pandemic has led to a drop in policing demand in the city centre.

Across the Met more generally, officer recruitment is going exceptionally well – they were at 29 000 officers and are now at 32 000. The Commissioner was confident that the officer uplift will continue and has been very happy with the quality of people. More officers than expected have been staying in post and they have been talking to the Home Office about further incentivising experienced officers to stay or return.

Other staff groups such as forensic teams and call handlers are up to strength and there has been a huge recruitment drive for analysts with a lot of very talented people joining over the past eighteen months. Data scientists remain very hard to recruit, as well as top end analysts because retaining them in a voracious jobs market has been difficult. Getting enough detectives also continues to be a challenge.

A new police apprenticeship is being launched and we discussed how we can work with the BCU's outreach worker to engage local young people in this opportunity and also get involved in schools work. As schools return, officers are working on a plan to manage activity either side of school hours when they tends to be an uplift in demand.

Law and Order during the Pandemic

Domestic abuse reports have unfortunately risen substantially. Child abuse reports have not, however, and police have been worried about under-reporting. It is expected that this will change when children are back in school and feel able to alert other adults to their concerns. During the pandemic police moved a lot of undercover officers online to find out who has been providing indecent images.

There has been a huge dip in burglary and the BCU has done some very successful joint ops with Essex police under Operation Gambler.

The BCU is continuing to work with British Transport Police on the tube lines into Upminster from Romford and Barking.

There have been some small rises in violence recently, mainly around the reopening of pubs in Romford. Unlicensed music events across the Met have been a real challenge.

Across the Met area, arrests for drugs have gone up 40% while charges for drugs trafficking are up 130% as the Met has become more proactive in taking out drug dealers. They have gone hard on county lines, closing down 121 thanks to additional funds from the Home Office. There have been 182 people arrested already, with 158 of those charged. The methodology they have been using is very good and so far everyone has pleaded guilty. The police are looking to accelerate these operations.

I also raised policing issues in particular parts of the constituency and other casework concerns that residents had written to me about.

Today, I met with the St George’s NHS team to discuss progress on the delivery of this exciting new health centre. This project is critical to delivering integrated community healthcare in the future and reducing pressure on Queen’s Hospital.