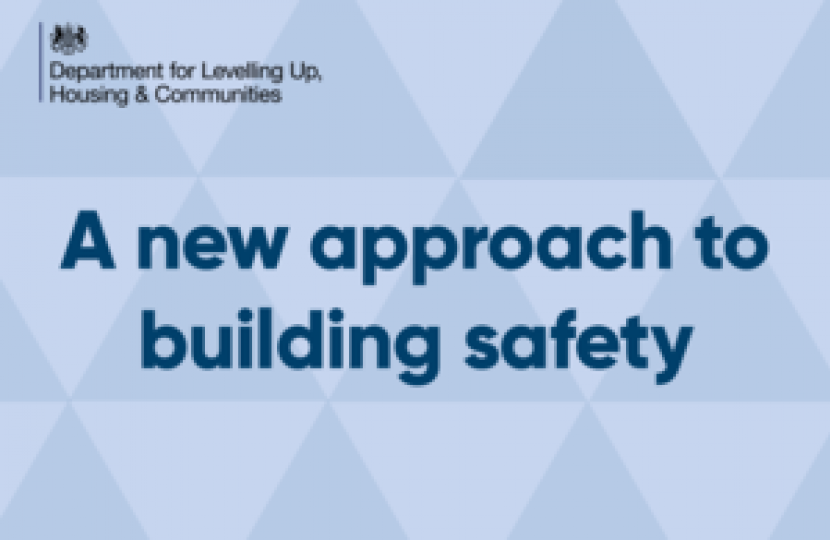 Julia Lopez MP welcomed a breakthrough today on cladding remediation after she met Housing Secretary, Michael Gove, on behalf of constituents living in affected buildings. Several housing blocks in Havering have been caught up in concerns about flammable cladding and other fire safety defects in the wake of the Grenfell fire, leaving leaseholders unable to sell or remortgage their homes. Today in a statement to parliament, Mr Gove confirmed that nobody living in blocks between 11 metres and 18.5 metres high will have to pay to remove cladding.

In a one-to-one meeting before Christmas with Mr Gove, Mrs Lopez had raised concerns on behalf of Kings Park Estate residents about uncertainty for those living in mid-rise blocks. Since meeting constituents from the Harold Wood estate last year, Mrs Lopez had arranged a succession of private meetings with Housing Ministers and officials in Downing Street to push for progress for affected leaseholders.

A series of actions followed, including gathering the heads of the major UK banks and fire safety experts to see what work could be done to get lending going again on low-risk cladded blocks and assess fire risk more sensibly. This work culminated in a parliamentary statement before summer on an agreement that EWS1 assessments should no longer be required for buildings below 18 metres in height. In the meantime, Mrs Lopez and her team had been corresponding with developer, Countryside, and buildings’ managing agents, leading to the release of some blocks from the requirement for an EWS1 form that they had hitherto struggled to fulfil.

Not all Kings Park leaseholders were able to get that certainty, however, so Mrs Lopez pressed for a further meeting with new Housing Secretary, Mr Gove, at which she shared the experience of those residents still in limbo. Alongside the scrapping of a loan scheme that means residents in mid-rise blocks will not pay for cladding remediation, Mr Gove’s parliamentary statement today also withdrew the government’s consolidated advice note, replacing it with new guidance to underpin earlier work on a more proportionate view of fire risk in affected buildings. Meanwhile, leaseholders will be able to sue builders over defective flats for up to thirty years after construction, and developers will be pursued for remediation costs. Mr Gove’s statement included a commitment to change grant funding to permit sub-letting for leaseholders in shared ownership properties and to work with lenders to agree the same, something Mrs Lopez had previously raised with Housing and Treasury Ministers.

At the bottom of this page you can find a copy of a ‘Dear Colleague’ letter that Mr Gove sent to MPs last night which has more detail on the approach he is taking. Alongside his statement to the House, the Housing Secretary has published a letter to the residential property developer industry setting out the Government’s new approach to building safety and the steps he expects them to take. These include commitments to:

The Housing Secretary has advised that he will be convening a meeting with the industry to discuss this important issue within the coming weeks and will be reporting the outcome of those discussions to the House of Commons before Easter.

Mrs Lopez said, ‘I am acutely aware of how stressful this period of uncertainty has been for leaseholders within the constituency, and my team and I have been doing everything we can to represent that anxiety to ministerial colleagues at the very highest level. I am very pleased that further action has now been taken for those in properties under 18m in height, which is the entirety of the Kings Park estate. Fire safety remedial work remains a complex issue that requires all stakeholders to play their part to resolve, but Mr Gove’s statement today is an important next step in addressing leaseholders’ concerns and I hope it will allow them to move on with their lives as soon as possible.’