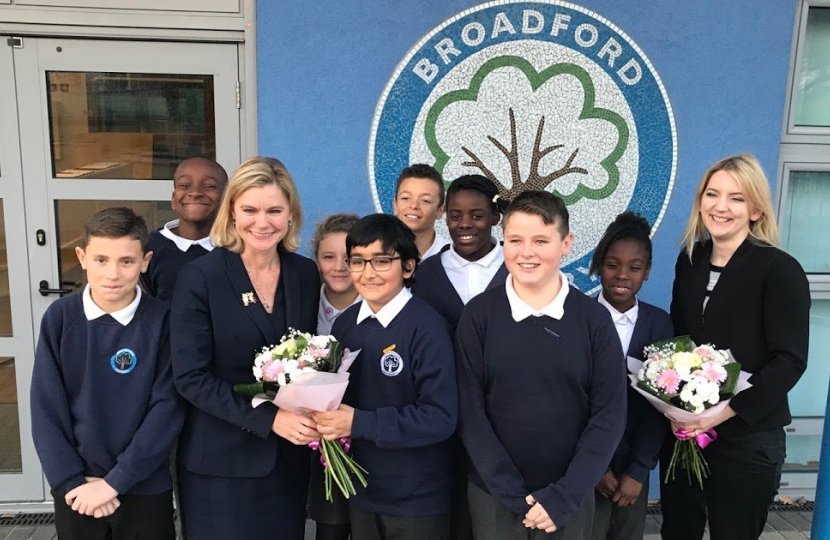 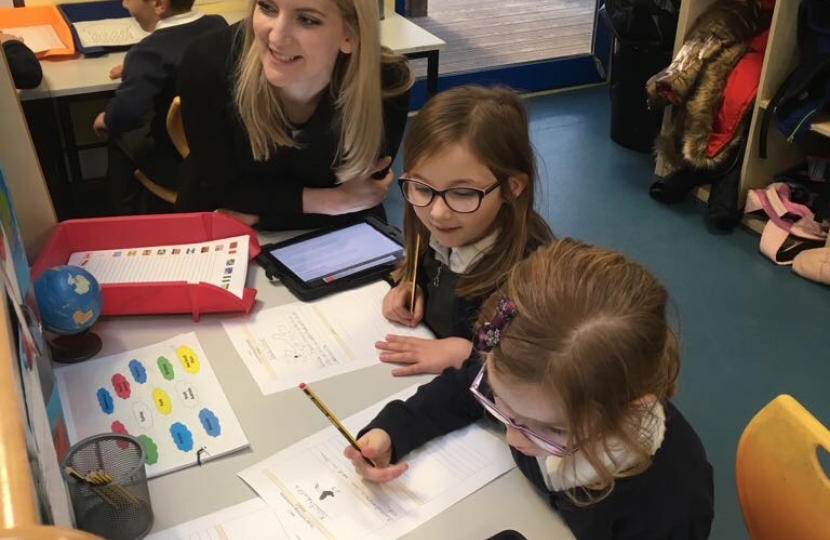 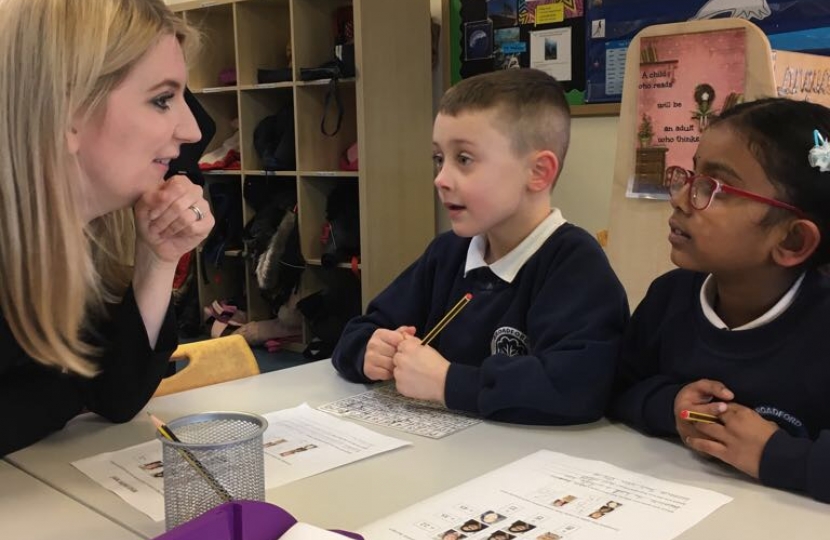 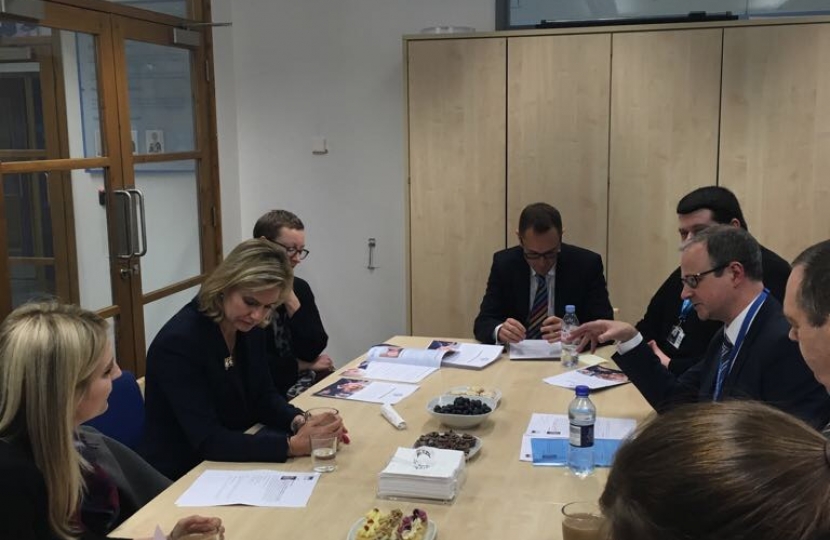 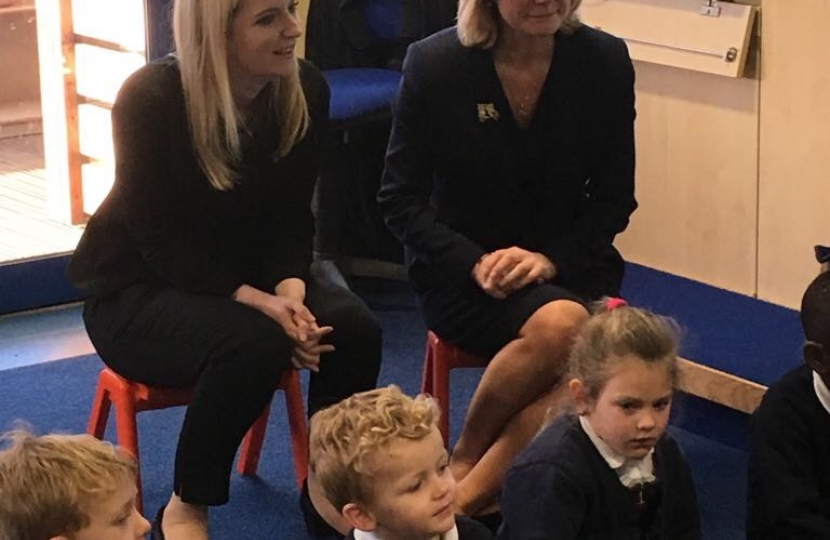 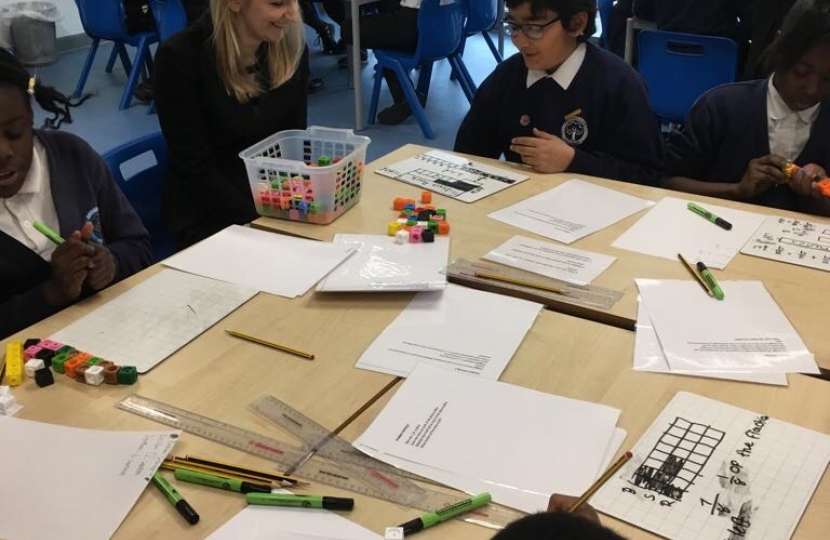 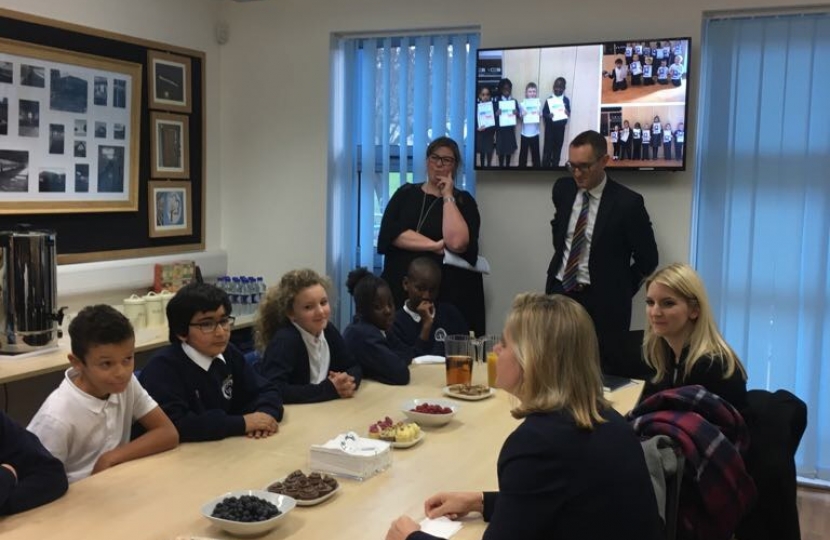 I used this opportunity to invite Justine to see the school for herself, and she came down to Broadford today to see the students, teachers and leadership team who worked towards this fantastic achievement. We kicked off the afternoon with a group reading session with Theo, the therapy dog, before observing maths and phonics classes. Justine then took questions from some of Broadford's brightest talents.

Teaching staff from Broadford and Mead Schools were able to talk to Justine separately about their ideas to improve social mobility, and I also arranged for her to meet Paul Wakeling of Havering Sixth Form to discuss the funding of post-16 education.

The day was written-up by the Times Educational Supplement and I paste their article below. Justine was incredibly impressed by the children she met, as well as the dynamic teaching team led by Executive Head, Malcolm Drakes, and Head Teacher, Lois Nicholls, and has taken away many of the ideas shared with her, including how best to ensure that a child's disadvantages can be turned into advantages via a later, targeted apprenticeship.

The education secretary visited Broadford Primary School, in east London. What did pupils ask her?

Education secretary Justine Greening is used to having questions fired at her in the House of Commons - but now she is facing an interrogation from 10 and 11-year-old pupils.

Greening is on a visit to Broadford Primary School – which won school of the year at this year's TesSchools Awards – to find out for herself what makes the school in Romford, East London, award-winning.

As the politician tucks into a mince pie with a group of Year 6 pupils, it isn’t long before one of them challenges her about tax evasion by big businesses.

Then comes another zinger from the same Year 6 pupil: “Could you work with Philip Hammond to provide tax incentives to those companies who employ pupil premium students as apprentices or as permanent employees?”

As Greening tries to answer the complex question, another pupil points out that Amazon made £19.5bn – but only paid £15m in tax.

“So here is the problem. I am trying to think of a good way to explain it…” Greening pauses. 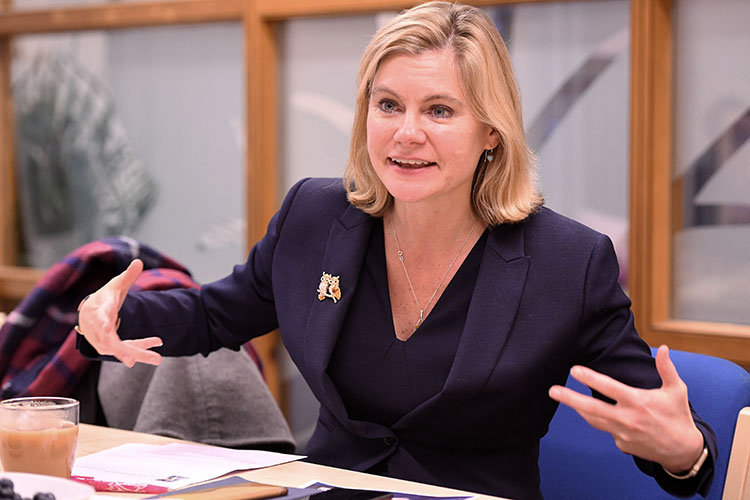 Malcolm Drakes, executive head of Broadford, steps in. “What they were talking about as an idea was, if you had a pupil premium ticket given to you at the beginning of your education, that pupil premium ticket could turn into a golden ticket when you reach the age of apprenticeship.

“Because if that status stayed with you then companies could pick that up and target those pupils,” he says. “Often the problem is that the pupil premium status drops off and they are not recognized by that anymore – the indicator by their name is no longer there.”

Drakes’ vision to ensure that no child’s future is limited by their background shines through during the visit to the school – where half of the pupils are or have been eligible for free school meals.

And Greening, whose focus remains improving social mobility, seems to be on board with the “golden ticket” concept. She says: “I think your idea is a really good one actually.”

But the challenging questions on improving the chances for disadvantaged children don't stop there. Arhaan Kashaul, a Year 6 pupil, tells Greening that he recently passed the 11-plus exam for a grammar school more than 15 miles away. “Not all my friends got the chance,” he says.

Drakes chips in that Arhaan passed the test “with flying colours”, but many still miss out because living in catchment still gives a significant advantage in the admissions process. “Could you reconsider the idea of selective schools that have an 80 per cent pupil premium intake?” he asks.

Just earlier that day, Greening’s department said that grammar school heads would codify their commitment to improving admission rates for disadvantaged pupils in a “formal agreement”.

The education secretary tells Arhaan: “Lots of selective schools are [prioritising pupil premium children] but not all of them are. So we have tried to make sure that we have some commitments from those schools that they will change their admissions procedures so those children get higher priority.”

Although there were a number of difficult questions to answer – and it is likely these continued into the closed session with the senior leadership team – there are plenty of lighter moments during the visit.

Greening listens to pupils read Dog loves Books with the help of the school’s reading dog, Theo, a grey-beige Weimaraner, and takes part in an arithmetical card game and a pentominoes challenge with Year 6 pupils. 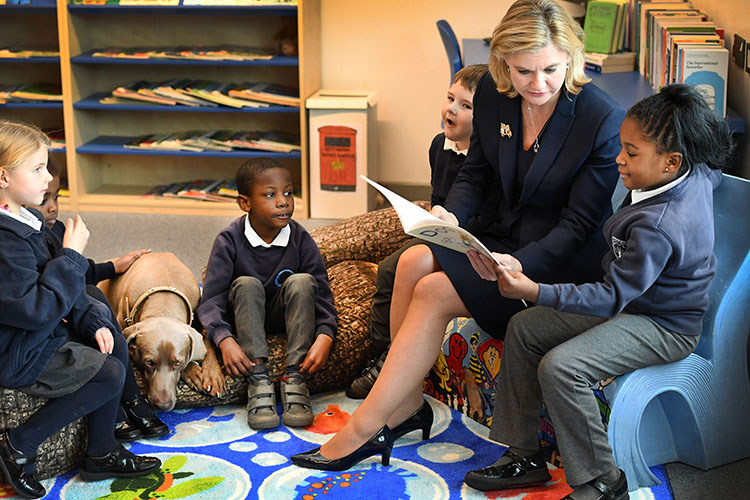 Despite a busy afternoon, Greening even manages to squeeze in a selfie with the executive head.

But following the visit, what does she think really sets the school apart from others?

“I think most of all it was perhaps how the children talked about the school,” she says.

The Year 6 pupils are keen to tell her about all the things they loved about the school – which included taking part in a range of competitions to going on a variety of school trips.

“You walk through the door and in a way it's like a lot of other schools that I have visited. But I think what was interesting was the children's reaction to being here,” Greening says.

She adds: “The Tes School Awards ensure great schools are recognised for their efforts, and Broadford Primary is a deserving winner of School of the Year 2017.” 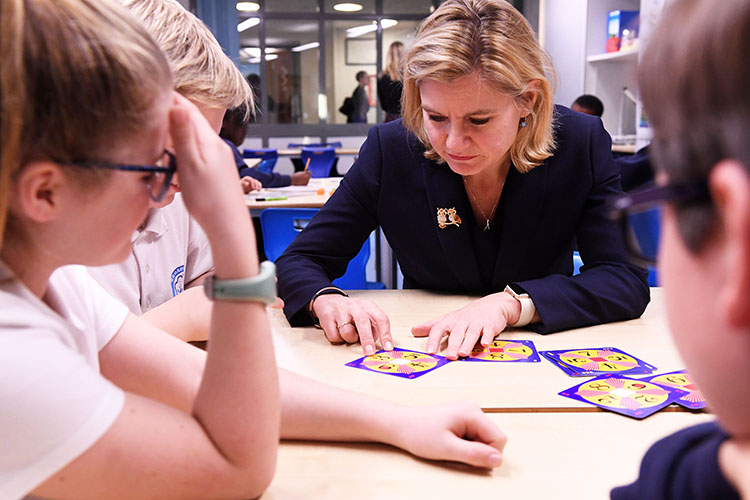 1. What have been the greatest challenges that you overcame on your journey to become the Secretary of State for Education?

It is funny you should say that, as earlier today we had a big meeting in the Department for Education and we decided we would do something different. So we thought we would get lots of companies in – like Google – to come and talk to us about how they could do more things with schools and how they could do better on jobs and careers.

So we want to get more companies like that for you to get familiar with, so you know what they are about and so they can get you excited about all those opportunities out there that you need to know about, so you can aim for them. I am on it, basically.

3. Will the performing arts offer have to be reduced if the school’s funding is cut?

I hope not. We are actually trying to make sure that we put more money into schools. Some of it goes through this core funding that every school gets and we try to make sure it is the same and that has actually been quite difficult as a process.

Because some schools have traditionally got a lot more than others, so we have tried to level up, but also give the schools that are already doing better a little bit more as well. But then there are other things we do outside of that – like extra money for pupil premium and on maths, and including things like arts.

I think it is good to do much more than just your core curriculum here. But we have tried to leave it much more up to schools, rather than telling them from London what every school needs to do.

4. As a woman who has achieved a successful career, what top tips can you give us?

Persistence. So sometimes you take one step forward, two steps back and it feels like you are not moving in the right direction. But you are always going to have setbacks in your life and there are going to be times when things don’t go that well.

I think the key to success is not letting those put you off. You may stumble a little bit but it doesn’t mean you can’t get back up and keep going. Sometimes winning is just about not losing for a while. My motto in life is "keep on trucking".