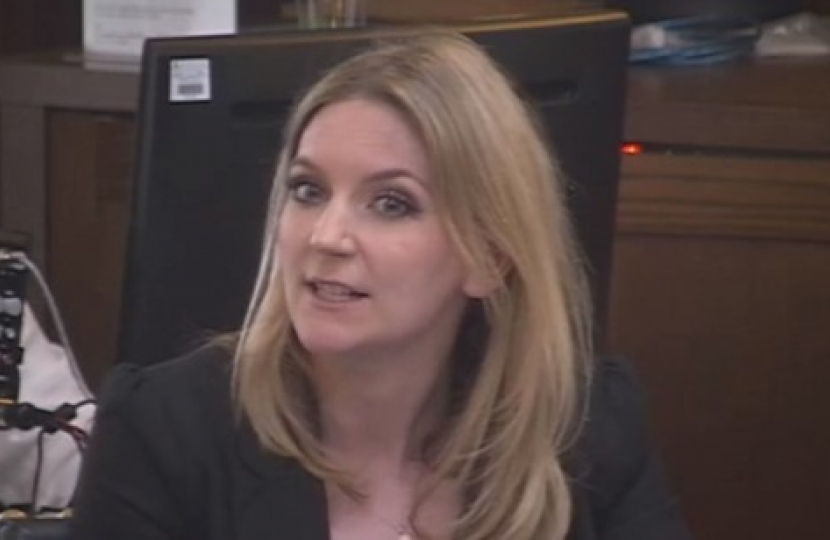 I made the following contribution to a debate tabled by Conservative MP, Craig Tracey, on future trading opportunities for the UK.

It is a pleasure to serve under your chairmanship, Mr Rosindell. I am sure that, given your passion about Brexit, you would like to speak in the debate yourself. I am grateful to my hon. Friend Craig Tracey for securing the debate. What a refreshing change it is to talk about opportunity rather than threat—it is just a shame that we do not have longer to do so.

I do not wish to retread well-worn ground, but one of my abiding concerns about the withdrawal agreement is that it will, in effect, preclude us from drawing up an independent trading strategy, with the customs arrangements in the backstop effectively becoming the blueprint for the future relationship. That would cause us to enter a de facto customs union with the EU and be tethered to the EU’s regulatory regime without a seat at the table, as was confirmed by the Prime Minister’s admission about the commonalities between her customs position and that of Mr Corbyn. I do not see that loss of power as compatible with the public’s decision to leave the EU.

It is a myth that the customs arrangements in the withdrawal agreement would deliver frictionless trade with the EU. One freight forwarder told the International Trade Committee that

“a softer Brexit would deliver a harder Brexit for us”.

Indeed, with UK wet stamp certifications or similar for every consignment to or from the EU and Northern Ireland, and a customs arrangement tantamount to Turkey’s, in which the EU’s trading partners would benefit from access to the UK market without our deriving reciprocal access, the withdrawal agreement would preclude us from signing meaningful new FTAs and open up huge potential for tax leakage when it comes to tariff collection. I believe that would come very quickly to be understood as a substandard arrangement from which we would have no unilateral right of exit.

That is not to say that our future trading relationship with the EU should be deprioritised, or that to move away from the EU’s regulatory orbit will be plain sailing, or necessarily desirable in every sector. However, our future relationship must be placed on a sustainable footing, and such an asymmetric arrangement would not allow for that.

My desire has always been for us to strike a comprehensive free trade agreement with the EU, accept and then manage any trading friction that would cause, and offset costs through a competitive tax and regulatory regime and a broader range of new trading agreements that would—over time, admittedly—allow UK companies better to plug into growth markets or to enhance access to countries with which we already have strong trading relationships. Until that EU-UK relationship is determined, however, we have effectively put on ice the opportunities available with third countries, many of which are necessarily waiting to see the extent to which we are tied into EU structures to assess how deep a trading relationship they can have with us.

Looking to the future, it is important to underline that free trade agreements are not a panacea, but can none the less be used as a catalyst to deepen bilateral ties or simply to kick-start workstreams. We had a fascinating discussion at the International Trade Committee this morning about how Brexit has already had a positive impact simply through the creation of the Department for International Trade, which provides momentum and focus, and by sparking often overdue audits by UK companies of their agility, productivity and exposure to risk. The creation of a DIT database of trading opportunities for UK businesses has been enormously valuable, while the packaging of UK investment prospects in brands such as the northern powerhouse and the midlands engine has helped companies and trade bodies better articulate opportunities to prospective investors.

Companies have generally been impressed by the skills and energy of DIT teams in our embassies, but now they want those teams to enhance their regulatory knowledge, extend their networks to lobby more effectively and gear themselves to long-term relationships with key decision makers to act as experienced Sherpas to UK businesses. That will require lower churn of staff and a more extensive network of offices, particularly in different regions of China and states in America, where we can only achieve so much at federal level. The big prize would be in assisting mid-cap UK firms, where we currently fall short of the extensive assistance offered to the German Mittelstand by the powerful German chambers of commerce. We should also look to capitalise on and complement the existing networks of UK bodies such as the Corporation of London, which has developed city-to-city agreements with the likes of Tokyo and Shanghai on green finance, asset management and more.

With trade these days stifled much less by tariff than non-tariff barriers—admittedly the context is changing somewhat under the Trump Administrationand the deteriorating relationship with China—future free trade area negotiations can be a focal point for, but need not hold up, wider country-to-country discussions on issues such as recognition between respective trade bodies of professional qualifications that would allow for the easier transfer of skilled staff; swifter, less costly visa regimes; research co-operation between universities; and working groups on regulatory harmonisation, such that close ties with countries like the United States, Australia and Singapore could create momentum for a move towards global standards in key industries of interest to us such as financial services, tech and the digital economy. Those are especially important issues for a services economy such as ours, and the coming together of powerhouses in financial services and life sciences such as the US and the UK could have a tremendous impact on the setting of those standards.

Should we ever get to the point where we can negotiate new FTAs, we ought to have completed an analysis of the errors made in the Brexit and Transatlantic Trade and Investment Partnership negotiations. I recommend, and I know the Minister agrees, that we ensure that Parliament has scoped out and agreed to a broad mandate for any new FTA and is able to access information about ongoing negotiations via a new, confidential parliamentary committee that could access relevant paperwork, trade expertise and legal advice.

Meanwhile, we should seek immediately to knock on the head unhelpful canards about chlorinated chicken or US healthcare companies being able to sue the NHS. Modern bilateral agreements are flexible and can permit carve-outs for sensitive areas of trade. The FTA between China and Australia, for instance, does not allow access to certain aspects of Australia’s pharmaceutical and healthcare system, while investor dispute settlement mechanisms are absent from large parts of the Canadian and American trading relationship. Ultimately, however, in being able to determine our own trade policy, we can be compelled neither to enter nor remain in any FTA or investment treaty that we do not believe to be in our interests, subject to notice.

There is so much more to say on this subject, but other Members wish to speak. Finally, I hope that this realignment of UK trading prospects is not hindered by the signing of a substandard withdrawal agreement that places us either implicitly or explicitly in a customs union, and that this debate marks the start of a more positive, creative discussion about the new trajectory on which we can place our nation in the years ahead. Ours is the world’s fifth-largest economy, strong in so many expanding areas such as services, science and digital technology, and able to attract huge amounts of investment despite the uncertainty that Parliament has created over Brexit. With skill, verve and leadership, the UK can eventually emerge a nimbler, more dynamic economy, not only better positioned to plug into growth markets but better able to deliver tangible benefits to the people and businesses we represent.