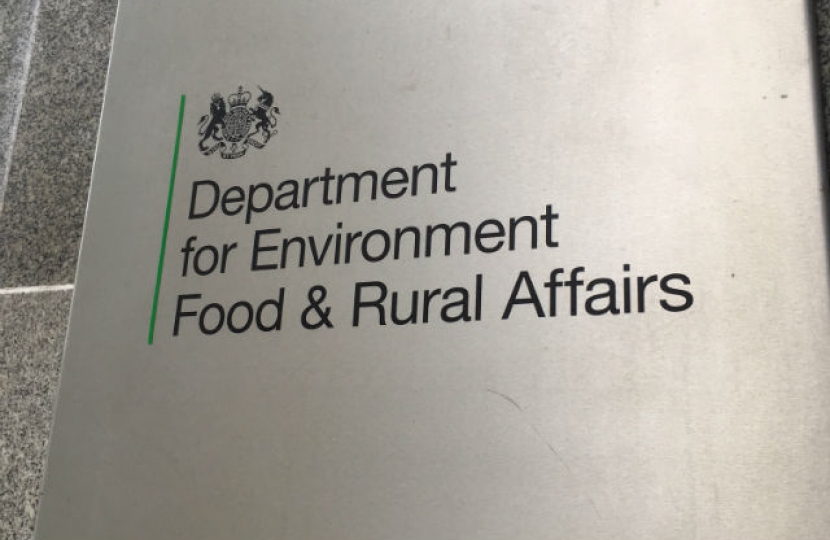 Team Lopez – Earlier this week, Environment Minister, Rebecca Pow MP, sent a letter to all MPs confirming that the Environment Bill has been reintroduced to the House and will receive its third reading on 26 May.

The Government is amending the Environment Bill to require a historic, new legally binding target on species abundance for 2030 – aiming to halve the decline of nature in England. The Government hopes this measure will be the Net Zero equivalent for nature.

The Government is also tabling amendments to provide new powers to re-focus the habitats regulations in England to our domestic priorities. This will help support ambitions for nature, including our new world leading targets, rather than remaining tied to legacy EU legislation. The Department for Environment, Food and Rural Affairs (DEFRA) have already set out some important measures in the Environment Bill to switch the focus to nature recovery. We have the requirement for environmental targets on wider areas, for example water quality; a requirement for an Environment Improvement Plan; Local Nature Recovery Strategies to steer habitats delivered through biodiversity net gain and Natural England are making progress with a more strategic approach to nature recovery through their support for delivering the Nature Recovery Network.

Whilst the Government is seeking a power to make some changes to the Habitats Regulations, Ministers will take a measured approach to reform. DEFRA will also consult with the new Office for Environmental Protection, and work with conservation groups on any proposals they develop before any regulatory changes are made. In addition, later this year, Ministers plan to bring forward a Green Paper setting out how we plan to deliver a regulatory framework that is fit for purpose in driving forward our domestic ambitions now that we have left the EU, including the objective of protecting 30 percent of terrestrial land by 2030. The UK needs a revised approach to deliver this new species abundance target and better support iconic and much-loved native species like the hedgehog.

To achieve the new target, the Government has also announced:

As announced in the Queen’s Speech on 11 May, the Government will also be bringing forward amendments in the Lords to reduce the harm from storm overflows to our rivers, waterways and coastlines. New duties will require government to publish a plan to reduce sewage discharges from storm overflows by September 2022 and report to Parliament on the progress towards implementing the plan. Water companies and the Environment Agency will be required to publish data on storm overflow operations annually.

These new measures will complement the existing provisions in the Environment Bill, which will tackle air, water and waste pollution, critical to meeting our goals of net zero emissions, stemming and reversing biodiversity loss and improving public health.