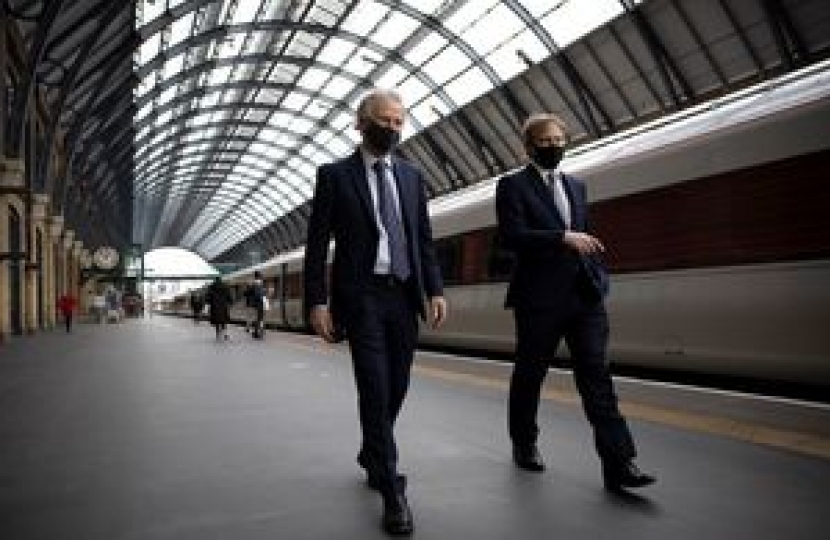 Team Lopez – the Transport Secretary, Grant Shapps, has announced the Williams-Shapps Plan for Rail which aims to work in the interests of passengers and make travelling by train as easy, comfortable and affordable as possible.

In 2018, the Government commissioned Keith Williams to undertake a root and branch review of how our railway system operates. What the Government found was a railway system which was too fragmented, too complicated and which did not put passengers first. In the time since the review, the railways have faced an existential challenge through the near total collapse of passenger demand during the coronavirus pandemic. The plan the Transport Secretary has set out has been developed both in response to that review and to ensure a sustainable future for the railway network.

Through the Government’s reforms it will make a bold new vision for passengers – of punctual and reliable services, simpler tickets and a modern, green and innovative railway that meets the needs of the nation. The Plan sets out the Government’s vision for an ambitious rail transformation programme delivering 10 key outcomes:

To bring about change on the scale that is needed the Government will create a new body, Great British Railways, to integrate the railways for the first time in a quarter of a century, owning the infrastructure, collecting most fare revenue, running and planning the network and setting timetables. It will be a single, familiar brand responsible for delivering better value fares, punctual and reliable services and which ends the confusion of the current system.

This is not renationalisation, which this Government continues to believe failed the railways – rather, it is simplification. While Great British Railways acts as the guiding mind to coordinate the whole network, the Transport Secretary’s plan will see greater involvement of the private sector – private companies will be contracted to run the trains, with stronger competition to run services. The Government’s reforms will also unleash huge new opportunities for the private sector to innovate in areas such as ticket retailing and data that can be used by passengers to better plan their journeys.

By treating the system as a whole, Great British Railways will simplify the current mass of confusing tickets. This will include rolling out new flexible season tickets, making significant roll-outs of pay as you go, contactless ticketing and digital ticketing on smartphones. Tickets will be available from a single website ending the current confusing array of train company sites and a single compensation system in England will provide a simple system if things go wrong.

As we build back better from coronavirus we have the chance to do things differently in this country. The Government profoundly believes in the future of the railway and Great British Railways will help to secure its recovery. By ending the fragmentation, increasing accountability, making journeys easier and more comfortable, and by putting passengers first the Government can ensure that the system thrives for decades to come, and of course, that the trains really do run on time.