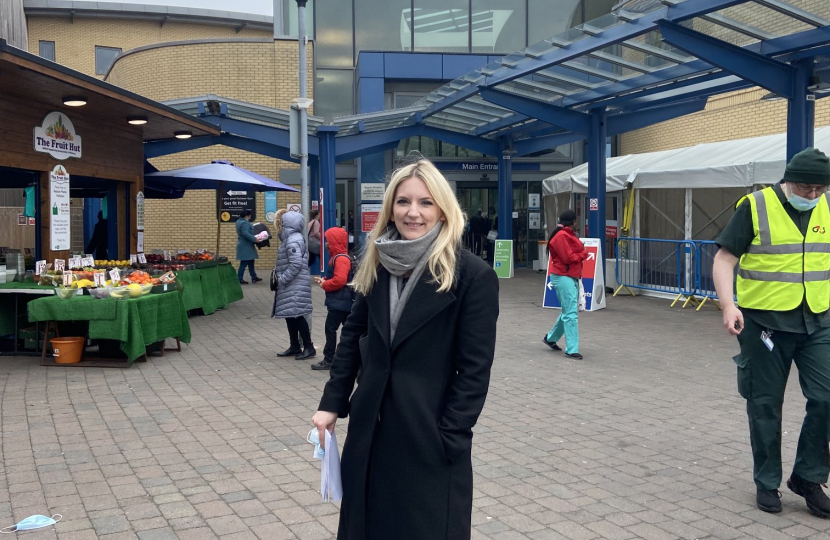 Several residents have been in touch to express their concerns about urgent care services at Queen’s Hospital. Long waiting times, inadequate seating and poor organisation were common causes of complaint - concerns I shared in a recent meeting with Steve Rubery, incoming Chief Executive of the Partnership of East London Co-operatives (PELC), the body that manages Havering’s Urgent Treatment Centres. This meeting followed a similar one with the Chief Executive of BHRUT, the Trust responsible for Queen’s Hospital. Since then, NHS teams have been working hard on improvements - details on my website - and we will be keeping a close eye if complaints persist. I also recently met Sultan Taylor, the incoming Chairman of NELFT, which organises community and mental health care services, to discuss service improvements.

In parliament, I had the pleasure of welcoming our Jubilee card competition winner, Emily of Benhurst Primary, for tea. I also met students from the Campion School at the Speaker’s House to celebrate their work for the charity, CAFOD, and saw local carer, Sandra Lawrence, to mark Carers’ Week. Sandra has been campaigning to raise awareness of Lewy body dementia, a form of progressive dementia, and is a member of a fantastic local group, the Havering Dementia Carers Support Group, whose volunteer team I met last month for coffee at Queen’s Theatre, Hornchurch.

Speaking of the theatre, we were thrilled to find out that Queen’s has received Grade II listing to mark the Platinum Jubilee. The theatre went through some really difficult times during the pandemic and has received government support from my department, DCMS, throughout so that this vital and much-loved arts venue could stay open to local residents and the wider community. The Grade II listing further secures the theatre's future and I hope marks the start of exciting times ahead.

I am committed to improving transport services in the constituency, including the road network, and welcomed the Transport Secretary’s confirmation of an upgrade to Junction 28 of the M25, where queues regularly form on the A12. I recently met Highways England to get further details on the new slip road that will now be constructed from the A12. This news comes hot on the heels of Transport for London’s confirmation that they will be applying to unlock up to £50 million of central government money that I secured in 2018 for the improvement to the 1970s flyover at Gallows Corner. I will shortly also be meeting the Lower Thames Crossing to get the latest update on this vital new river crossing to relieve Dartford congestion and better connect Essex, Kent and East London. I want all of these road upgrades to be offset by investment in local green spaces, and have a campaign underway for new bridleways and footpaths to connect from our constituency to the new forest being planted in Brentwood.

On housing, I have secured priority status for intrusive fire inspections for four L&Q blocks in the Kings Park Estate as efforts continue to unlock issues stemming from the cladding crisis. Several housing blocks in Havering have been caught up in concerns about cladding and other fire safety defects in the wake of the Grenfell fire, leaving leaseholders unable to sell or remortgage their homes. My team and I have been assisting affected residents through representations to the developer of the Kings Park estate, Countryside, as well as freeholders and managing agents for its different blocks.

Tours of parliament are now up and running again, so please get in touch with George in my team if you would like one or drop us a line if you need our help on any matter relating to our work in parliament - julia.lopez.mp@parliament.uk  If you would like to keep updated on all of my campaigns, sign up to my newsletter at: https://www.julialopez.co.uk/contact