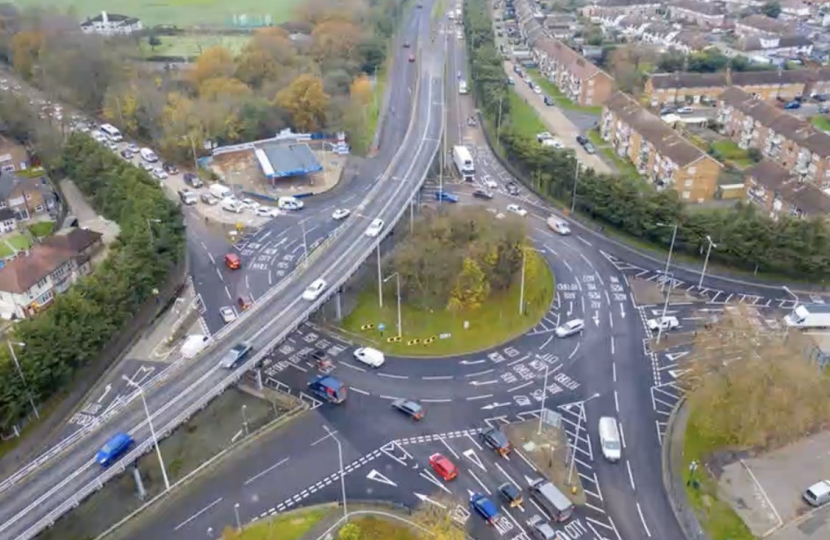 The three politicians have been lobbying for the upgrade of this critical Havering junction and flyover for many years due to safety and traffic concerns. In October 2018, Julia Lopez MP met with the Transport Secretary and secured for TfL, the ability to bid for up to £50 million in funding via the Department for Transport’s Major Road Network Programme. However, some four years on, there have been concerns that TfL was not going to seek to bid for the cash - leaving local drivers dependent on an increasingly unreliable structure, something which Andrew Rosindell MP had raised with the Prime Minister at PMQs. Cllr. Keith Prince AM has maintained local pressure upon the Mayor of London throughout this process.

TfL, today set out their plan for the flyover and intention to submit a draft business case to the Department for Transport (DfT) in June with a final submission to be made by the end of Summer. TfL believe that major works are fundamentally necessary as ongoing repairs now cost the transport body £600 000 each year. Additionally unplanned closures are becoming increasingly disruptive and heavy vehicles are being diverted onto the surface junction.

TfL officials have discounted options to replace the flyover with a new structure due to cost, disruption and the DfT’s requirement for qualifying works to begin by 2025 at the latest. All three politicians have offered their support for this position.

If TfL are successful in securing funding, works are anticipated to commence in December 2024 and to conclude by spring 2026.

“Since being elected to the Assembly in 2016 I have always said Gallows Corners was a priority and secured a visit of the Mayor only weeks after the election.

I am delighted that we may be seeing some light at the end of the tunnel however it is disappointing that the opportunity to put a more ambitious solution in place will probably be missed. But it does have to be recognised that money is very tight at the moment and there is a deadline to secure the Government funding.

I along with my parliamentary colleagues will continue to press for the best outcome possible.”

“I was pleased to have secured this projects inclusion on the shortlist for the Major Road Network programme and I am glad that TfL are making progress in their bid for these vital funds. While it is disappointing that TfL have not taken the opportunity to take a more radical approach to improving the junction, it is essential that the flyover continues to operate and I am glad that TfL are now taking positive steps to secure its long-term future. I look forward to supporting TfL in this bid and will continue to lobby TfL to ensure this new momentum within the project is maintained.”

“I have been campaigning for improvements to Gallows Corner now for two decades, so it is welcome news that at last, there is going to be some investment into Gallows Corner.  This is long overdue.

Many of my constituents have been frustrated for decades about the shambles that is the Gallows Corner roundabout and flyover, it is a key junction in my constituency and many people in Romford use it daily.

I must say, a lot of people will feel short-changed at TfL’s short-termism by electing to refurbish and renovate the current structure, rather than putting a lasting solution in place.

I feel TfL are seriously missing an opportunity to make radical reforms for the better of residents by solving the problem of Gallows Corner once and for all.  There is so much scope on how to improve the junction long-term, so I fear this is a chance missed.

However, I am pleased that there is confirmation from TfL to maintain a flyover at Gallows Corner and that it will be made safer.  This will be a relief to my constituents and to all those who regularly use this busy junction.”