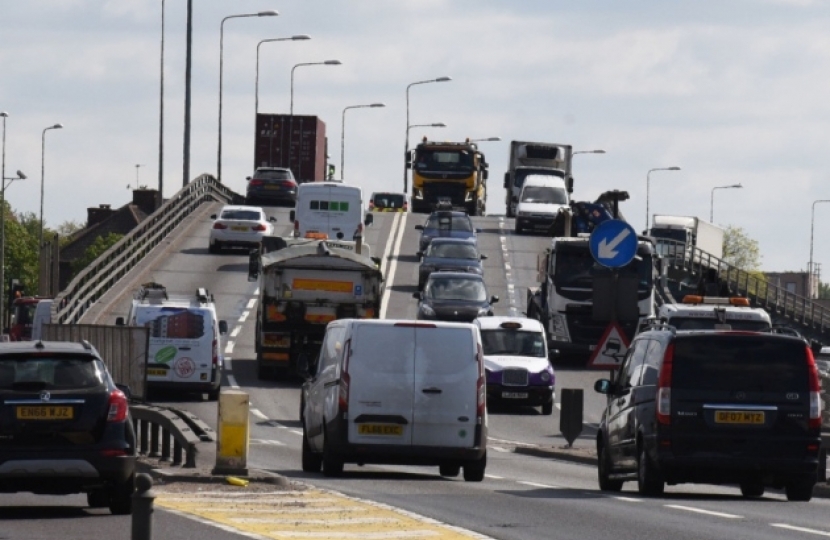 Julia Lopez MP has met Transport for London about Gallows Corner in the latest stage of the campaign to replace the ageing 1970s flyover.

In 2018, Julia secured up to £50m of central government funding from then Transport Secretary, Chris Grayling, to upgrade this critical piece of local road infrastructure. The funding forms part of the government’s Major Roads Network programme to unclog the nation’s key transport arteries and deliver new infrastructure. However, with the junction managed by TfL, it has always required the Mayor of London to put forward a strong business case to unlock the cash.

Despite direct representations to the Mayor and meetings between Julia, Assembly Member Keith Prince and TfL, progress on that business case seemed to have stalled. With the pandemic hitting TfL’s finances, Julia was concerned that TfL’s road projects might be put on ice regardless of the substantial central government bailout of London’s transport system. She therefore wrote to Transport Minister, Baroness Vere, last month to ask whether her officials had yet received the TfL bid for Gallows Corner and if government could make any future bailout conditional on TfL’s commitment to major road improvements to those junctions most in need of investment.

Following those representations, TfL requested a meeting immediately with Julia to talk through their plans and advised that they are expecting to submit their updated business case next spring before the DfT’s approvals process in the summer.

Following the meeting, Julia said, ‘Given the importance of Gallows Corner to the local road network, we cannot go on relying on a ‘temporary’ flyover that is now fifty years old. I was glad to receive the assurances from TfL that I had been looking for that they have the team in place to deliver a proper business case and upgrade scheme in the coming years. I appreciate that TfL has faced significant challenges with its finances, but I remain clear that Gallows Corner must not be forgotten as we emerge from the pandemic. I look forward to receiving more information from TfL about their work and will share details with constituents when I am able.’