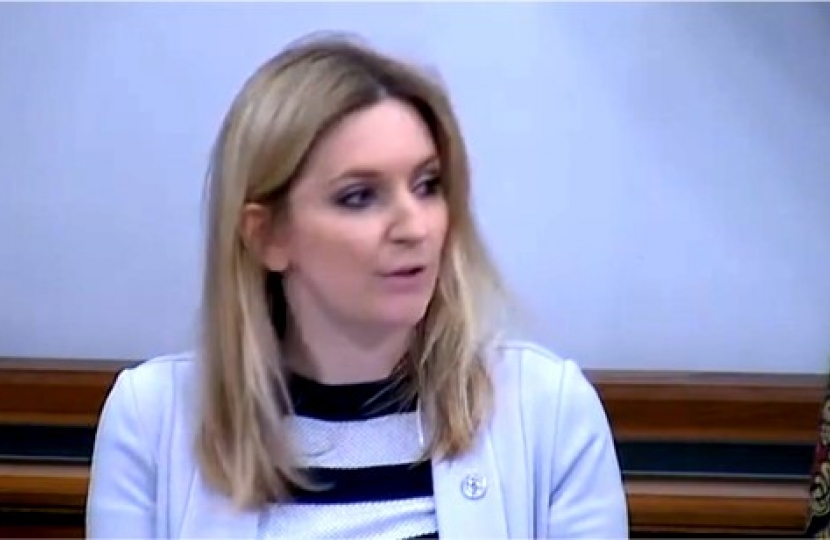 I made the following contribution to a Westminster Hall debate tabled by Leyton & Wanstead MP, John Cryer, on knife crime.

I had not expected to be called so early, Ms Buck, so I have rather been taken by surprise. It is a pleasure to serve under your chairmanship. I am grateful to the hon. Member for Leyton and Wanstead (John Cryer) for securing this important and timely debate. He is my predecessor as MP for Hornchurch, so he will no doubt share my concern that the London Borough of Havering, while still a low-crime borough, has seen a worrying rise in gang activity, particularly focused around the economic hub of Romford. We have regrettably seen the use of knives in a number of recent incidents.

While my constituency has not experienced the same level of gang activity, when a crime involving a knife takes place it sends shockwaves through the community. One phenomenon we have recently experienced is young people from neighbouring boroughs using the transport system to come into economic hubs such as Upminster and Hornchurch to intimidate shopkeepers with threats of weapons and to mug schoolchildren, who often might be carrying a parent’s credit card, or using or wearing expensive technology or clothing.

My constituents rightly ask whether the police have enough funding, and that undoubtedly must be a priority area for Government going forward. Thankfully, that has been recognised. Following meetings before Christmas with the Home Secretary and Prime Minister, I was pleased to see that the funding available to police and crime commissioners will be increased by up to £813 million. That is the biggest annual increase since 2010; it protects the Met’s grant funding in real terms and gives the Mayor the chance to raise an additional £81 million if he deems it necessary. That means that the Met will see a total increase in funding of up to £172 million next year. I very much hope that some of that can be dedicated to a more visible policing operation and to looking at previously successful operations with knife arches and amnesties.

Money needs to be concentrated not just on an increased police presence on our streets, but on analysts and detectives who can look at crime trends and build strong cases against criminals higher up the food chain. I was ​interested to read some of the reports last year from the National Crime Agency, which attributed some of the increase in street violence to the tightening grip of Albanian crime gangs on the UK’s cocaine market. By forming direct relationships with producers and linking with existing UK gangs, Albanian crime gangs have been able to lower the cost of cocaine, making it more affordable for smaller, younger street gangs to get involved in drug dealing. The lure of easy money and a sense of disenfranchisement from mainstream society regrettably mean that a ready supply of teenagers have been willing to act as drug runners. Vicious disputes and rivalries between such gangs, often ramped up on social media, have led to the completely needless deaths of children.

We must therefore focus on cracking down on other parts of the crime chain, while pulling vulnerable young people in a more positive direction. It has been noted today, and by crime analysts, that many of the young people we are losing to knife crime were not attending school. I very much welcome Ofsted’s focus on school exclusions as a performance measure going forward, but, as has been noted, pressures on other services have led to gaps through which vulnerable young people are falling.

Last year, I met Sally Miller, a councillor in Elm Park who acts as an appropriate adult for young people involved in crime. That has led her to witness countless interviews between the police and young people who have been arrested for carrying a blade. One of her consistent observations is how little those young people fear being referred to youth offending teams.

Havering appears to have a well-performing youth offending team with good outcomes, but in this context good outcomes means a 33% reoffending rate, compared with a national average of 42%. A third of young people reoffending in our borough is still too high. A tendency to reoffend is much more common in complex cases where children have grown up in households in which violence is commonplace, school is seen as optional, and the abuse of drugs and alcohol is the norm.

When I wrote to the Ministry of Justice about youth offending teams, it was suggested to me that, when sentencing children, we ought to look at not only deterrence but the child’s welfare and the aim of preventing reoffending. That is where the hon. Member for Leyton and Wanstead raised many valid points about gaps in local authority services and social services.

The most intensive of the community sentences used by youth offending teams is a youth rehabilitation order. That can include up to 18 requirements, including electronic monitoring and curfew, unpaid work, drug and alcohol treatment, mental health treatment, and education. Such interventions require the system to be firing on many cylinders.

I was pleased to see the Education Secretary dedicate more funding recently to special educational needs, which can affect many of the young people involved in this kind of crime. I also commend the work of the third sector in trying to encourage young people away from crime. Tomorrow I will attend an assembly about Harold Hill by the charity You and Me to see how it equips young people with the confidence to step away from negative spirals of activity.

Will the Minister let us know whether police resources are being kept under review, in spite of the increases to which I referred? I am also keen to hear about progress ​in the National Crime Agency on cracking down on international drug dealers, including whether there have been any deportations and whether the NCA is working in-country with international police forces to crack down on international crime operations.

Finally, I would be grateful for the Minister’s comments on whether she feels her own work on serious violence is in any way being undermined by gaps in other interventions, whether that be social care pressures, strain on addiction services or gaps within schools, and on what work she may be doing with social media companies and Ofsted to address some of the social pressures that young people are under.