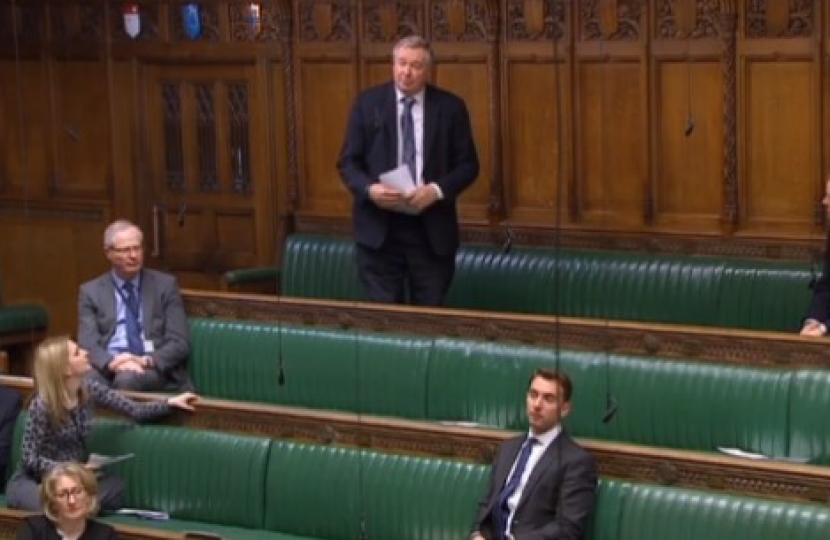 I know that a number of constituents, particularly those involved in IT contracting, are concerned about HMRC's Loan Charge. I attended the parliamentary debate this afternoon on the Loan Charge that had been tabled by my colleague, Ross Thomson, and had prepared a speech (below) to make. Unfortunately I was down on the list as last to be called and the skies intervened before I could speak – a huge leak in the roof began, the Chamber had to be evacuated and the sitting suspended.

I did manage to make an intervention earlier in the debate, raising the issue of HMRC knowing for some time about the loan mechanism and subsequently making a political decision to call time on such schemes. I suggested that if they were not complaint, those schemes should have been highlighted to users much earlier and therefore the tax bills deriving from them could have been much smaller.

You may wish to read the transcript of the entire debate when it is published in Hansard tomorrow because the case was put very strongly by MPs to the Minister and the recommendations of the APPG pushed. I imagine that the Minister will be getting back to us all formally given the weight of the concern that was raised and the number of MPs in attendance.

I also wrote to the Minister again on constituents’ behalf a few weeks ago, and his reply can also be read below.

Like others who have spoken today, I have several constituents beside themselves with worry over the Loan Charge and the financial impact it will have on them and their families. Some are now retired, hit with a demand from HMRC on a tax arrangement from a decade or more ago that they are unable to make up through current or future earnings.

My constituency of Hornchurch & Upminster is home to many professional services contractors who lubricate the thriving IT and financial sectors within the City of London, Canary Wharf and beyond with a supply of flexible, highly-skilled labour.

This flexibility has been encouraged by the Treasury and taken advantage of by government departments themselves because it allows consultants to be brought in for specific projects, for short periods of time or to plug gaps in the permanent workforce. It is one of the things that makes London so globally-competitive, but the Loan Charge episode highlights how, in the absence of clarity or swifter action from HMRC over what is and is not an acceptable way to structure pay and tax arrangements, groups of such workers can get caught down the line by charges that can be financially ruinous. This includes not just those working in IT or financial services but people like agency nurses, public sector workers or freelancers in the creative industries.

The Minister and I have been in close touch on this issue over the past eighteen months and I am grateful to him and his PPS for their engagement with me, looking into specific cases and trying to provide a counter-argument to some of the concerns raised. I think it was right that the government accepted the Rt Hon Member for Kingston & Surbiton’s amendment so that we could look at the arguments in greater detail and in the open.

As he is aware, I am in two minds on this issue. I know several people who opt to contract because it gives them personal flexibility and allows them to move between companies with ease in a way that keeps their own skills base up-to-date in what can be rapidly-changing industries. It can also be financially advantageous due to competitive daily rates, but the flip side is that they have few employment rights, no paid holiday or additional benefits such as pensions or healthcare. Many of them were offered schemes some years ago that involved complex loan arrangements and very low rates of tax, and they had rejected the option on the simple basis that if something sounded too good to be true, it probably was.

However, for some of the contractors with whom I am in contact, this was not an option – they were employed by companies that explicitly encouraged them to receive pay via loans or had received advice from paid professional advisers whom they trusted and who offered assurances of their scheme’s compliance, sometimes after they had been checked by HMRC itself. The majority of those who entered these arrangements, the Loan Charge APPG suggests, did so due to the IR35 legislation and to avoid the administrative burden of running a limited company. But they also suggest some public sector contractors did not even know they were being paid in such a way.

The Minister knows that my concerns centre primarily around the issue of retrospection and the fact that HMRC has been bringing into its scope schemes that had been in operation as long ago as 1999. I am concerned about the message being sent out to firms and individuals who currently contract about the certainty around tax arrangements. I have asked whether HMRC had itself employed any contractors who are being pursued on the loan charge, and whether there has been any analysis on ‘lessons learned’ such that the Treasury is now trying to create more awareness among contractors that even professionally-endorsed schemes may leave people vulnerable long into the future for unpaid tax. I also believe that HMRC knew about these loan schemes for many years and thus must take a significant portion of blame for not calling time on them sooner.

Many people have been given wholly inadequate notice of the Loan Charge. In large numbers of cases which are technically ‘open’, HMRC has failed to act within a reasonable timescale. The Loan Charge APPG suggest the real reason for the introduction of the Loan Charge was to bypass the normal legal processes and to allow HMRC to collect tax where they were ‘out of time’ under existing legislation. They contend that evidence, and HMRC’s own admissions, show that there was a profound failure on HMRC’s part to tackles payroll loan arrangements in the past, something HMRC sought to rectify by pushing for the introduction of a retrospective charge which allows them to seek tax that they are no longer able collect.

I now ask the Minister whether it is time to reach a compromise by looking properly at some of the recommendations put forward by the APPG. For example, an Independent Review into the Loan Charge led by an experienced tax judge to examine the Loan Charge as a policy, the impact on people, the legal justification and whether it needs to be amended. I am also drawn to the recommendation of the House of Lords Economic Affairs Committee (EAC) for a new ‘Powers Review’ into HMRC to make the organisation more accountable.

I appreciate that mitigations have been put in place already to simplify payment arrangements, provide long repayment periods and deal with vulnerable people who fear they may have to sell their homes to meet HMRC payment demands. I also understand it has been confirmed that no one will be disadvantaged from benefiting from the published settlement terms if they contact HMRC with a genuine intention to settle before 5 April 2019. Most of the yield from the Loan Charge is expected to come from employers not employees.

However, a deep sense of injustice endures over HMRC’s actions in pursuing this matter. I ask the Minister to listen with care to all that has been said this afternoon and consider with openness and honesty the merit of the APPG’s recommendations and the culpability of HMRC in this debacle.