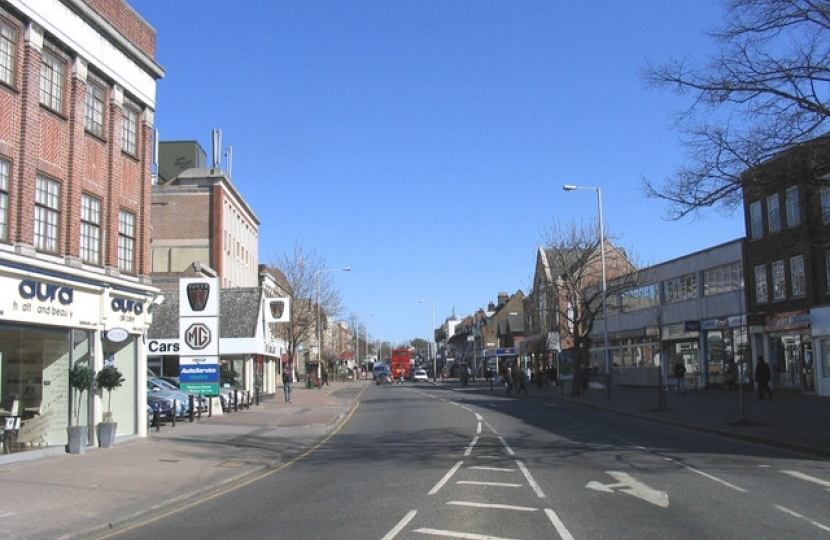 Constituents who have read Julia’s most recent article on local government funding and the Council’s parking charges will be aware that Julia has been lobbying the Government for increased funding for Havering Council. Julia has done so via submission to the Fair Funding Review and, more recently, we presented some of the Council’s funding challenges directly to the Local Government Minister in a private meeting. Within the meeting the Minister advised how the Council’s funding was set to increase for the forthcoming financial year following announcements made by the Chancellor in the Spending Round.

Shortly before Christmas, the Government published the Provisional Local Government Finance Settlement and we queried with the Minister the direct impact on the Council’s finances. We have been advised by the Minister that the Council’s Core Spending Power for the 2020/21 year will increase by £9.6m from £172.6m to £182.2m. Given such a significant increase in the Council’s spending power has been confirmed, following Julia’s strong representations to Ministers on behalf of her constituents, Julia has again written to the Council Leader to request that the parking charges affecting only parts of the Hornchurch and Upminster constituency be subject to full review ahead of the budget-setting meeting of the Council. A full copy of Julia’s letter to the Leader of the Council can be viewed below:

I write further to my letter of 5 November 2019 regarding the Council’s financial position and your introduction of new parking charges, which have primarily affected high streets in my constituency of Hornchurch and Upminster.

While I recognise that any response will have been delayed by the General Election and purdah restrictions, it is disappointing not to have received a reply some five weeks since polling day, despite our contacting senior officers to highlight that correspondence.

As outlined in my previous letter, my team met Local Government Minister, Luke Hall, in October specifically to advance the concerns you highlighted to us about funding challenges facing the borough, and to press for increased resource. I outlined the Minister’s comments from that meeting that the Council would stand to benefit from increased funding in December’s Spending Round announcements beyond anything it would lose between the ending of the business rates pooling scheme and the Fair Funding settlement. I also enclosed with my letter a copy of the Minister’s formal written response following the meeting and I offered to get back in touch with the Minister on your behalf if any of his comments required further clarification or indeed challenging. This offer very much still stands.

Once I had been returned to Parliament following the General Election, I again contacted the Minister personally to seek clarity on the Council’s funding package following the publication of the latest Provisional Finance Settlement figures. In late December, I received confirmation from the Minister’s office that the Council’s Core Spending Power for the forthcoming financial year will rise by £9.6million, from £172.6million to £182.2million.

The Council’s principal defence of the parking charges has been to suggest they are necessary due to budgetary pressures arising from your central government funding settlement. Indeed, I understand that you had stated in the Council chamber yesterday that, had the charges been reversed, the Council’s Christmas celebrations would have needed to be cancelled.

I am aware that you have already launched a review of the parking charges, which I warmly welcome and have contributed to. However, with such a significant increase in the Council's Core Spending Power now confirmed following our strong representations to the Minister on behalf of constituents, I should be most grateful if those parking charges affecting only parts of my constituency be subject to full review ahead of the budget-setting meeting of the Council.

In my most recent letter, I touched upon the difficulty my team encountered when seeking to engage with the Council in advance of our meeting with the Local Government Minister. It was firmly suggested to them at the time that the Council had an established way of lobbying Ministers and that this meeting fell outside of this process. You may recall that, in the first year following my election, I attended a helpful meeting with the then Local Government Minister, Rishi Sunak MP, alongside Andrew Rosindell MP and your predecessor, Cllr. Ramsey, to discuss the Provisional Finance Settlement. I understood that such meetings were a regular occurrence following the publication of the settlement and that invitations to this meeting were routinely shared with the Member of Parliament for Hornchurch & Upminster.

Unfortunately, invitations to further such meetings have not been shared with my office, undermining my ability actively to assist the Council in its efforts to resolve any budgetary pressures in relation to central government grant. I regret that my attempts to engage with the Minister in October have been viewed as unhelpful by the Council. They were intended solely to untangle the very issues that you raised with me such that we could address together the real concerns of residents and businesses in my constituency. I can only reiterate that I should be very happy to continue to press the government at all levels on any funding challenges the Council may face. However, I should be able to present your case much more forcefully and effectively if we are able to have constructive engagement with the Council.

Returning to my previous letter, there remain several matters outstanding that I should be grateful for your comment on. Specifically, it would be helpful to know whether my previous representations and those of my constituents in relation to the parking charges have been included within your review; whether the parking charges have realised the £750,000 that they were anticipated to raise; whether contactless payment, without the use of a pay-by-phone system, could be introduced to council ticket machines; if any consideration has been given to the broader question of high street regeneration and ideas such as rolling out street Wi-Fi, introducing additional electric vehicle charging points, sponsoring one-off events to increase footfall and offering financial support for high street branding and promotion; and finally, whether any future applications by the Council to the government’s high street fund will include areas of Havering beyond Romford.

I reiterate all previous offers of assistance in raising any remaining funding concerns to Ministers and I should also be happy to encourage businesses in my constituency to engage with any Council work underway to boost local high streets, if this were to be helpful.

To support people and businesses through the pandemic, the government has introduced over 150 Covid support schemes. I know from speaking to constituents just what a lifeline these schemes have been.