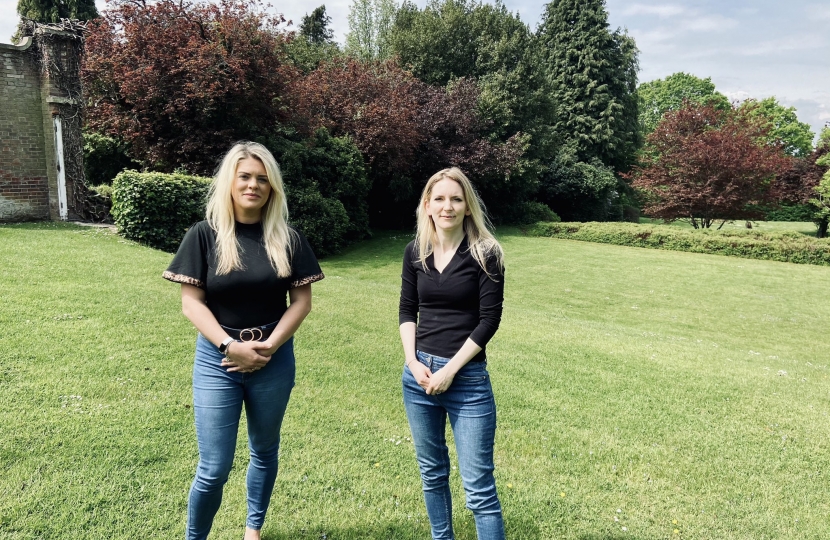 Havering mother, Danielle Jones, and her local MP, Julia Lopez, met the Health & Safety Executive today in the next stage of a national campaign to improve electrical safety in memory of Harvey Tyrrell.

The schoolboy lost his life three years ago at the King Harold pub in Harold Wood after being electrocuted by a defective garden light. His mother, Ms Jones, has since been pushing for annual electrical safety checks to be mandatory in pubs after the King Harold’s owner was jailed for manslaughter.

Ms Jones met Hornchurch & Upminster MP, Mrs Lopez, at her constituency office over the summer and the two have since been working together to raise the campaign for Harvey Tyrrell’s law with Ministers. Ms Jones wants the law changed to require annual inspections for pubs to be conducted and for their safety certificate to be displayed behind the bar like food safety inspections.

Following the meeting in Upminster, Mrs Lopez took the campaign up with Employment Minister, Mims Davies, whose portfolio covers the Health & Safety Executive. Talks between the HSE and government departments on electrical safety took place over the summer to determine whether existing legislation is strong enough.

The Electricity at Work Regulations 1989 require duty holders to maintain in a safe condition any electrical equipment and electrical systems which have the potential to cause injury. However, they do not specify what needs to be done, by whom or how frequently. HSE has said it recognised the importance of electrical safety and explained at the meeting that it plans to increase awareness within the hospitality industry and local authority enforcement officers in the run-up to Christmas.

Ms Jones and the HSE will now be working together on stronger national messaging, particularly given the number of adaptations premises have made during the pandemic that may pose safety risk. However, it was clear from the morning meeting with HSE that this should only be considered a first step.

Speaking about the meeting and Danielle's campaign, Mrs Lopez said, ‘Danielle’s strength in fighting for changes in her son’s name has been incredible to witness and I want to support her in improving the existing safety regime. Both of us feel, however, that our meeting today with the Health & Safety Executive on electrical safety has not sufficiently addressed the serious questions raised by Harvey's untimely death. While it is important to raise awareness of existing obligations on public houses and other buildings, there is a clear issue when it comes to the rigour and frequency with which those obligations are checked and enforced. I will be talking to Ministers about the concerns we still have as Danielle continues her determined campaign'.