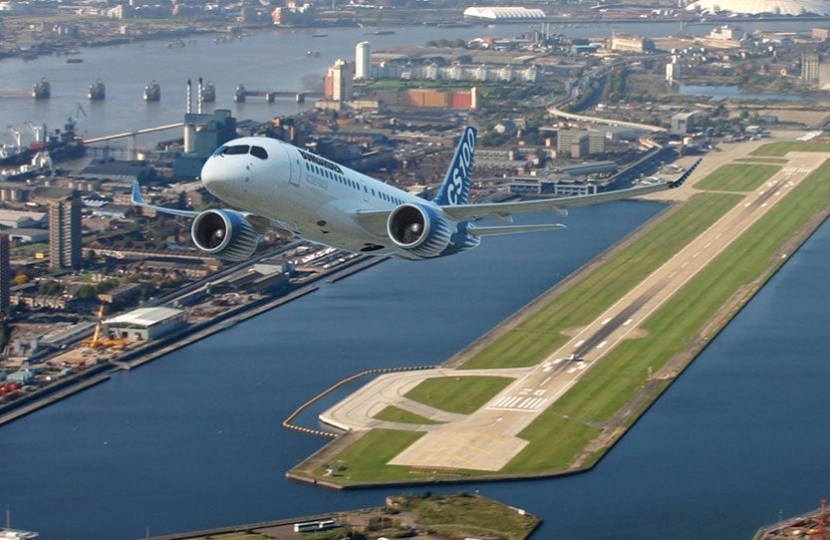 Julia Lopez MP sent the following comments in response to London City Airport's consultation upon it's draft masterplan, reflecting on the comments received from constituents who have contacted her regarding aviation noise and environmental concerns.

Thank you for providing the opportunity for my constituents to provide feedback on the above document.

When considering the proposals, I have reviewed the consultation documents and have also reviewed correspondence that I have received from constituents who have contacted me regarding increased aviation noise arising from recent airspace management changes via the London Airspace Management Programme (LAMP).

In their correspondence, constituents who reside under the now narrowed arrival and departure flight paths for London City Airport have advised that the increased aviation noise has limited their enjoyment of their gardens and has caused them to keep windows that would otherwise be open, shut during periods of hot weather. Constituents have also advised that they are frequently woken up by the noise of aircraft and have commented that there has been a significant increase in the number of overflights.

Those constituents residing under the flight paths would experience a significant increase in aviation noise if the proposals to increase the air traffic movements at London City Airport to 137,000 by 2035 were to be approved.

The proposals included within the Master Plan also seek to consider further adjustments to the hours of the airports operation, with potential for increased movements within the first half an hour of operation from 06:30 hrs, increased movements within the last half hour of operation from 22:00 hrs as well consideration of the 24 hour closure at weekends from 12:30 hrs on Saturday to 12:30 hrs on Sunday. Adjustment to these restrictions would reduce the vital respite that constituents under the flight paths receive from aviation noise.

Furthermore, I understand that my local authority, the London Borough of Havering, has raised concerns that the proposed expansion of the airport and the increase in flights would have a detrimental impact upon their efforts to improve the air quality in Havering via their Air Quality Action Plan. In my own correspondence with constituents, two have advised that they have observed increased dust levels on garden furniture and/or surfaces and have queried whether this can be attributed to the concentrated flightpaths.

Before responding to this consultation, I had invited constituents to share with me concerns at these proposals and I received advice from the Havering Friends of the Earth Group. They advise that they are opposed any expansion of the airport and increase in flights due to their concerns that air travel is a contributor to global warming and their view that this must be reduced in order to meet global climate change targets.

Once again, I am grateful for the opportunity to comment on these proposals and trust that the above comments will be taken into full consideration. I would welcome further information on the consultation responses and London City Airport’s response to them once known.