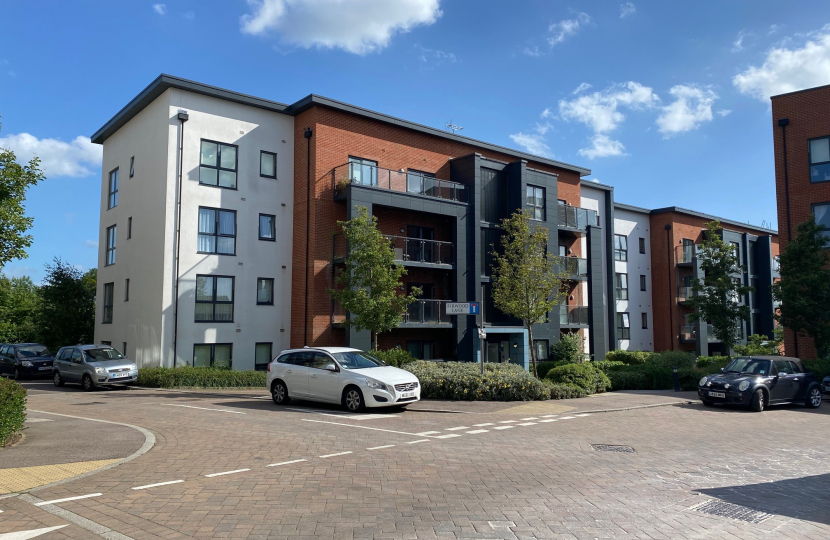 Several housing blocks in Havering have been caught up in concerns about cladding and other fire safety defects in the wake of the Grenfell fire, leaving leaseholders unable to sell or remortgage their homes. Julia and her team have been assisting affected residents through representations to the developer of the Kings Park estate, Countryside, as well as freeholders and managing agents for its different blocks. She has also been pressing Ministers in Westminster, leading to a breakthrough on cladding remediation at government-level after she met Housing Secretary, Michael Gove, on behalf of affected constituents. New fire safety laws have now passed alongside the issuing of better guidance, the training of more fire risk assessors and greater pressure on developers to fund remediation works.

Julia and her team are now trying to speed up the impact of these measures on leaseholders, and have been working with blocks to deal with their specific issues. Following extensive correspondence with senior representatives of housing association, L&Q, Julia has secured a commitment that the blocks under their management, comprising 130 households, will now be prioritised by the L&Q’s contractors for intrusive surveys that will permit a comprehensive assessment of their fire safety.

L&Q had previously advised that a window in which these inspections could take place would be provided by the end of 2021, however no further detail followed and when pushed, the housing association failed to give a commitment for when inspections would take place. Highlighting the inadequacy of this response to L&Q’s Chief Executive, Julia has now secured a commitment from L&Q that all of the blocks will now be identified with their contractor as a priority for the upcoming quarter. In line with the recently updated Government guidance for the assessment of the fire safety of residential blocks, L&Q have also confirmed that they will look for a swifter, more proportionate approach to risk without recourse to costly remediation works – where supported by independent fire engineers. L&Q also set out measures they have introduced to help support those who are unable to sell their homes in the meantime.

The work on the L&Q blocks follows a breakthrough Julia and her team helped secure with another Kings Park block which freed 130 households from the EWS1 process, while they are currently corresponding with Housing Ministers on section 20 notices issued to leaseholders in other blocks on the Harold Wood estate. Further updates will be shared with affected leaseholders at the earliest opportunity.

Julia said ‘I share residents’ ongoing frustration in getting either building remediation works secured or freedom from uncertainty caused by the EWS1 process. I am very pleased to have secured this commitment from L&Q to prioritise blocks under their management on the estate for these inspections. I have corresponded with a great many leaseholders across the estate regarding fire safety matters and I hope that, working with the new and more proportionate guidance provided by government, the independent fire engineers will be able to help push things forward. My team and I will continue to work hard on these issues so that we can help affected leaseholders move on with their lives’.

To keep updated on all of Julia’s campaigns, sign up to her newsletter at: https://www.julialopez.co.uk/contact