My speech on the EU Withdrawal Agreement 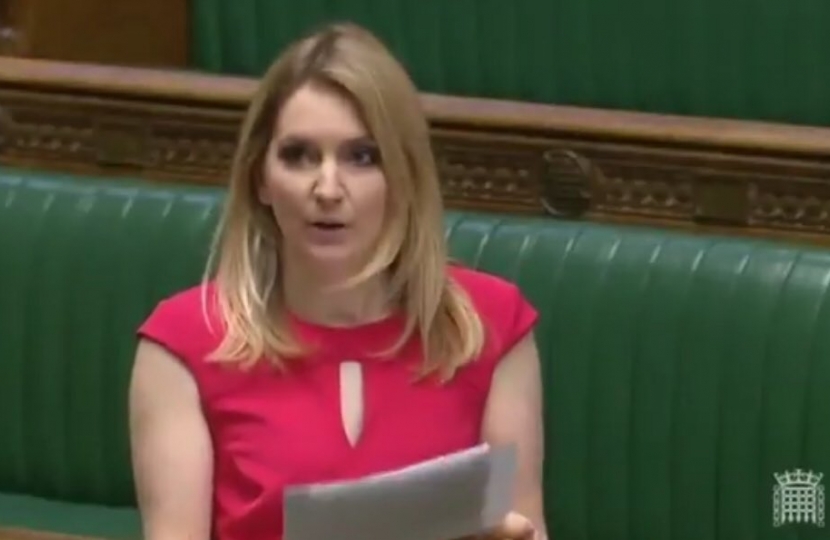 In the speech below, my second in the debates on the Prime Minister's EU Withdrawal Agreement, I set out why I am unable to support the deal on the table when the vote takes place on 15 January. We were limited to five minutes so constituents may wish to read the more detailed reasoning behind my decision in the statement I posted on my website shortly after the Withdrawal Agreement was first released - click here.

I was fortunate enough to speak in the first attempt at this debate, so I shall try not to repeat myself. None the less, the events of the past week lead me to recall again the terrible sense of dread I felt last summer as I looked upon this Chamber and realised that this House risked finding itself out of step with the wishes of the British people. With hindsight, that instinct was simply an extension of the worry that sat deep in my stomach on election night in 2017, when it became clear that Brexit would have to be delivered by a minority Government in a Parliament that has never fully reconciled itself to leaving the EU, in spite of manifesto promises by both main parties.

The direct democracy of the referendum was going to smash painfully into the representative democracy of our parliamentary system, risking a constitutional crisis that could reverberate across our nation. The votes of the past week may lead some hon. and right hon. Members to suggest that Parliament is simply taking back control of the Brexit process in the face of overweening Government—a noble mission perhaps, if it were not for the fact that this House appeared not to be cleaved along pro-Government or pro-Parliament lines, but to be divided by those who wish to deliver on the referendum and those who do not.

I have every respect for the passion with which parliamentarians hold their personal views. We come to this place to fight for what we believe to be the right path for this precious nation, but I say to those who see Brexit as a mistake to be mitigated or a problem that must be stopped altogether: you must surely now fear that the public will see not the principled flexing of ​parliamentary muscle, but the conceit of a political class that was already held in contempt and could soon find itself despised.

Let me turn to the substance of the withdrawal agreement. I was elected on a manifesto that committed us to leaving the EU and, with it, the single market and customs union. To this end, nearly three years on from the referendum, I sorely wish that I could vote for this withdrawal agreement and its many sensible provisions, but as hard as I have tried, I cannot ultimately see it as the product of a mature compromise that delivers Brexit or a sensible start to what was always going to be a long and difficult process.

I am not seeking to defeat the good in some naive quest for the perfect, but I say, without careless dismissal or ideological rancour, that this withdrawal agreement is not the good. Far from providing closure, this agreement merely heralds another two years of political discord and economic indecision as we thrash out our future relationship, in the meantime causing immense damage to faith in our democracy and extending the corrosive limbo into which our businesses have been thrust.

As we open up this next chapter, arguments will begin on what kind of future relationship we want, at which point it will very quickly dawn on us that we have given up all our negotiating leverage. Committed by treaty to the handover of £39 billion, we will be tethered to a default position of a de facto customs union from which we have no unilateral means of exit and from which I can see precious little incentive for the EU to move us. The benefits of Brexit, such as the possibility of an independent global trading strategy, will not be deliverable, while the security co-operation offered in good faith by the Prime Minister could instead see us linked into emerging EU defence frameworks.

Before Christmas, hon. Members will each have received the warnings of former MI6 chief, Sir Richard Dearlove, who could not have been more explicit about the threat posed by the superficially benign security commitments in this deal. The CEO of the European Defence Agency himself confirmed that acceptance of the rule of the common security and defence policy is an unavoidable prerequisite for even ad hoc UK participation in the EU’s defence projects, which the political declaration specifically requests. This is no small matter, as binding ourselves to the EU’s defence frameworks risks, over time, compromising this nation’s defence and relationships with our very closest allies.

We are all tired; the country is tired. Everyone wants resolution in this great battle of ideas. But I implore the House to realise that this withdrawal agreement is not that resolution. It challenges the integrity of our Union rather than protects it. The common rulebook is the EU’s rulebook. The flexible framework for defence co-operation is a rigid one. There will be no new trade agreements of any substance. This agreement is a Brexit mirage beyond which lies no oasis, but more division and decidedly less sovereign power to resolve it.

Should this vote be lost, I would ask the Prime Minister to make it clear that the withdrawal agreement cannot get through this House, request the removal of the backstop, move on from the de facto customs territory, and present a framework for a future trade agreement with money staggered according to progress made. I ask her, in the meantime, to step up every ​necessary preparation to leave on 29 March, which remains the legislative default unless the Government renege on their desire to deliver Brexit.

Parliamentarians have spent the past two years trying to wish away the political meteor that hit the UK in 2016. There is no land of milk and honey awaiting us after Brexit, only the opportunities that we make for ourselves as a people from our own talents, efforts and energy. Whether we fail or succeed is up to us—and that is surely the point. If we vote through this withdrawal agreement, however, it will be the EU that holds the key to our own destiny.