Our first Jobs and Apprenticeships Fair 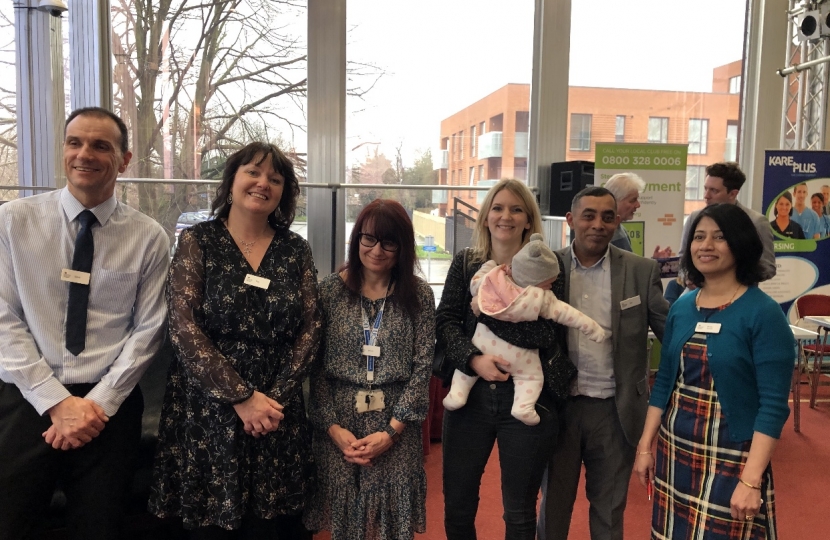 On 19 February, Hornchurch & Upminster MP, Julia Lopez, hosted a Jobs and Apprenticeships Fair at the Queen’s Theatre, Hornchurch, in partnership with the Jobcentre Plus, to bring together a huge range of employers from across Havering. The fair was very-well supported by the community and we are grateful to Queen’s for hosting.

The latest ONS figures reveal that in the last quarter (October to December 2019), the employment rate grew to a high of 76.5%, 0.6% higher than last year and 0.4% higher than the previous quarter. This Fair was designed to assist and advise people of all ages, whether they were interested in finding a new career, re-entering the workplace, or starting out for the first time. It was also important that it fell just after the Apprenticeship Week which is an initiative we are keen to support.

On top of the news that employment rose by 340,000 on the year reaching a record high employment and a new record low for ‘economic inactivity’, the fair saw a range of exciting exhibitors meet with residents from across the constituency. In her role as Secretary for the APPG on Disability, Julia was delighted that many visitors engaged with the Jobcentre’s Disability Confident Scheme, which is now involved with over 16,000 employers nationally.

‘It was fantastic to host our very first Jobs & Apprenticeships Fair at Queen’s Theatre, and to work with the Jobcentre to showcase a range of exciting work opportunities to local jobseekers and students.

With such a variety of organisations and sectors represented – from local businesses, care services and training providers to the RAF and the London Fire Brigade – we hoped to cater to people’s different skills and interests. By the end of the Fair, some jobseekers had already lined up interviews and we wish them the best of luck.

If we are to make a success of our new path outside the EU, giving British people the right skills and linking up the work of government, employers and educators is going to be absolutely vital. This month’s tremendous jobs figures show that we are making good progress and I hope that our Jobs & Apprenticeships Fair can become an ongoing part of that work.

In my role as Secretary of the All-Party Parliamentary Group on Disabilities, it was also great to see employers’ enthusiasm towards getting involved with the Jobcentre’s Disability Confident scheme.’