Re-election as Secretary of APPG for Disability 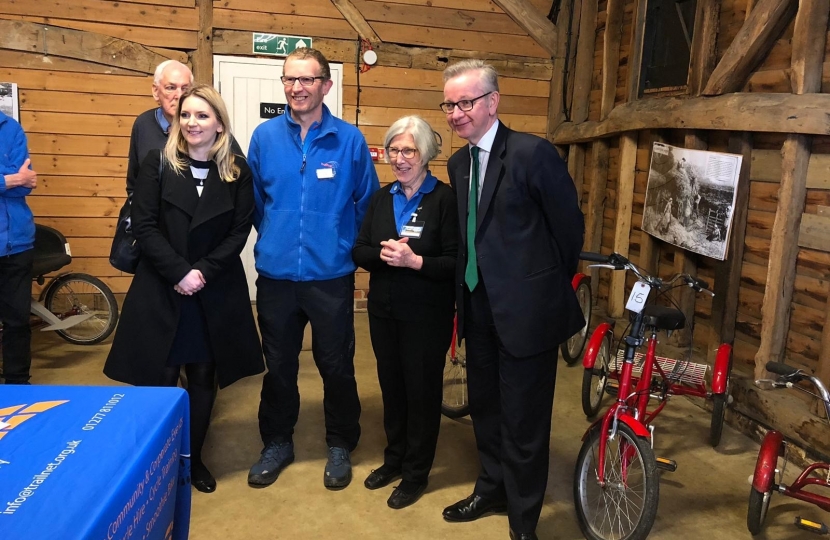 Last week Julia was delighted to have been re-elected as the Secretary for the All-Party Parliamentary Group (APPG) for Disability. An important body for parliamentarians from both Houses to discuss disability issues across party lines.

In addition to her role with the APPG, Julia has contributed to a number of parliamentary debates on disability issues, where she has highlighted concerns expressed to her by constituents with disabilities and their families. In the course of her surgeries, Julia met with the families who had highlighted difficulties that people with autism and Asperger’s can encounter when entering the job market. Julia drew on their experiences as people with less visible disabilities in her contribution to a debate in Parliament on the Disability Confident Scheme, a Government scheme which assists employers to recruit and support disabled people within their workforce. Within her contribution, Julia highlighted their concerns that the support for people with cognitive or learning difficulties to access work can sometimes be too focused on courses and work placements, rather than the initial stages of employment where a short period of concentrated support may help people to retain roles in the long term. Julia also asked whether Ministers would consider targeted approaches to bodies such as the National Cyber Security Centre, where the kind of skills frequently exhibited by those with autism and Asperger’s such as IT and tech skills, are really needed. You may view Julia’s contribution and the full debate online at: http://bit.ly/2YuZsWU

In a further debate, on Disabled People and Economic Growth, Julia outlined the vast potential held by disabled people in our country who may be unemployed or under employed. The disability employment gap represents not just a tragedy for those who are unable to exhibit their talents, but a hugely wasted resource in terms of our country's economic performance. Tackling this requires not just improvements to the support offered to disabled jobseekers and employers, but also improvements to our transport network to enable disabled people to travel to employment opportunities. Locally, Julia has been campaigning for improved disabled access to Upminster Station, where platform 6, at which the Upminster-Romford London Overground calls, is the only platform without step-free access. Access to this service will grow more vital when Crossrail services come online and would offer Upminster station users step-free access to all Crossrail stations, including Heathrow airport. If you would like to support this campaign, you may sign our petition online at:

You may view Julia’s contribution to the Disabled People and Economic Growth debate at:

As well as lobbying for improvements to accessiblity of transport services, Julia was pleased to demonstrate to the then Secretary of State for the Environment, Michael Gove MP, local improvements to the accessibility to the countryside at the Thames Chase Community Forest. During a visit, the Secretary of State formally opened the Forest's new Changing Places facility which makes it easier for families with disabled children or relatives to enjoy the outdoors. We also saw the Forest's bicycle hire scheme which includes a range of bikes for people of all abilities, and Mr Gove planted a tree by the Forest Centre to commemorate the visit.

Julia has also contributed to a debate in Parliament on Special Educational Needs and Disabilities Funding for schools. Within this debate Julia welcomed the significant investment that the Government had made in this area, including the provision of an additional £250m in high needs funding (£600,000 of which went to Havering) and the allocation of a £100m top-up fund for new high needs school places. However, Julia also highlighted concerns expressed by some schools that there may be a funding gap at the pre-school stage. You may view Julia’s contribution, and the Minister’s response, online at: http://bit.ly/367H7S5

Since that debate, the Prime Minister announced an extra £14b in funding for schools which includes £780m in new funding to support children with Special Educational Needs this year alone.

Julia is also the patron of the Havering Association for People with Disabilities (HAD) a terrific local charity that supports local residents with disabilities and their carers. If you would like more information on HAD’s services, or if you would like to support or volunteer at the charity, please visit: www.hadhavering.co.uk