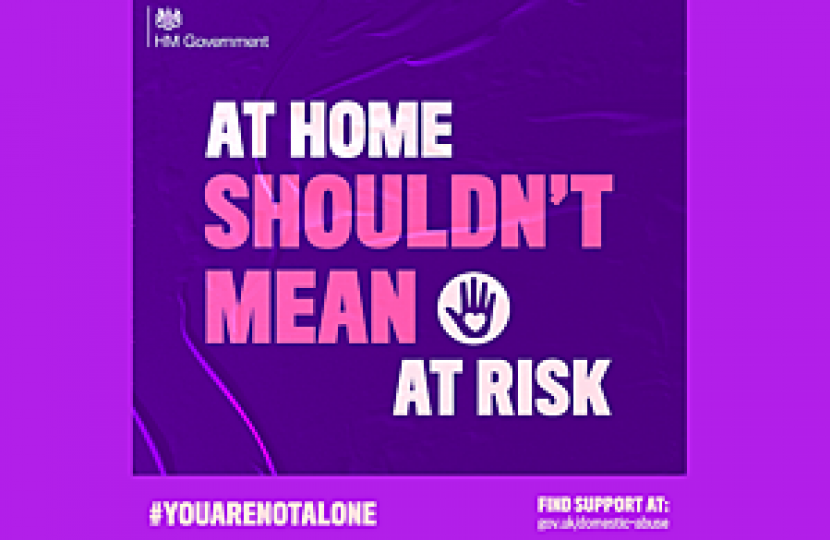 Today we launched a new public awareness campaign highlighting the support available for people at risk of or experiencing domestic abuse, with £2 million to immediately bolster domestic abuse helplines and online support.

 During this time of national emergency, it is vital that everyone stays at home, to protect the NHS and save lives – but for victims of domestic abuse, the home is not the safe-haven it should be.

 That is why we have launched a new national communications campaign to reach out to those who are at risk from abuse, highlighting that they can still leave home – to get the support that they need if they feel in danger.

 This will show victims of domestic abuse that they are not on their own, and reassure people that anybody who needs help and support can access it during this difficult time.

We are doing this by:

 Launching a public awareness campaign to reassure those affected by domestic abuse that support services remain available during this difficult time. The campaign, under the hashtag #YouAreNotAlone, will encourage members of the general public to show their solidarity and support for those who may be suffering, by sharing government digital content or a photo of a heart on their palm, and asking others to do the same.

 Publicising the support available to victims of domestic abuse, so that anyone who needs support knows where they can find it. Support includes the 24-hour National Domestic Abuse Helpline number – 0808 2000 247 – run by Refuge, and www.nationaldahelpline.org.uk. Adverts raising awareness of where people can seek help will also run across social media, and materials will be made available to a wide range of partners including charities and supermarkets.