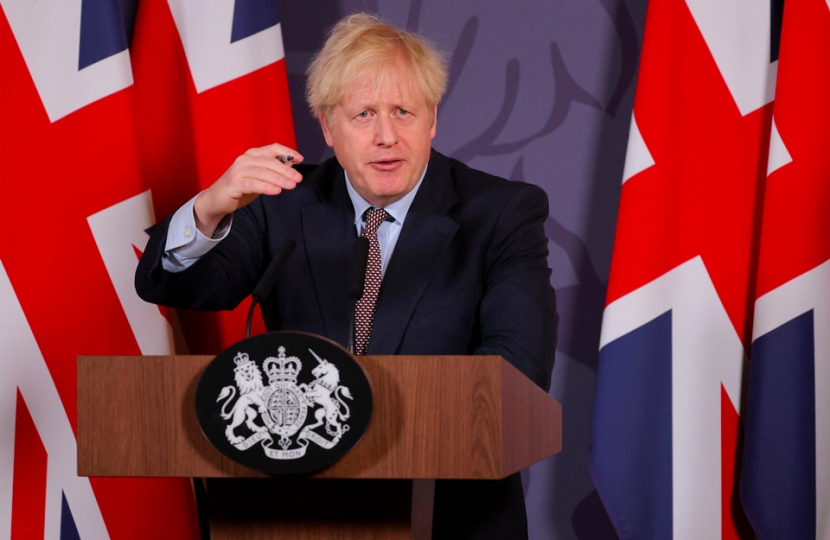 Team Lopez – The Government has concluded its negotiations with the EU on the UK’s future relationship and secured a deal which delivers on what the people voted for both in the referendum and the last election.

This deal takes back control of our laws, borders, money, trade and fisheries – and it ends any role for the European Court. From 1 January 2021, the UK will have political and economic independence and will thrive as a country now fully outside the EU.

We enter the New Year as a fully sovereign nation. 2021 will be our opportunity to show what Global Britain means to the rest of the world: striking trade deals with new markets, reasserting ourselves as a liberal and free trading nation; and acting as a force for good.

The agreement is based on international law, not EU law. There is no role for the European Court of Justice and no requirements for the UK to continue to follow EU law. The UK will be a truly independent country, with its sovereign Parliament in full control of the laws that we live by.

The agreement honours the Government’s pledge to protect and boost our economy and provides for continued market access across a broad scope of key service sectors, including professional and business services. This market access will support new and continued investment between businesses. It also means that business travellers will be able to easily move between the EU and the UK for short term visits and the agreement on financial services ensures financial stability and consumer protection.

This deal delivers on the commitment to maintaining high labour, environmental and climate standards without giving the EU any say over our rules. It allows us to introduce our own modern subsidy system so that we can better support businesses to grow and thrive. The new subsidies system will operate in a way that best suits the interests of UK industries – outside the EU State Aid regime.

The agreement supports the Government’s primary objective of prioritising the safety and security of the UK’s citizens. It offers streamlined cooperation on law enforcement, ensuring we continue to effectively tackle serious organised crime and counter terrorism, protecting the public, and bringing criminals to justice.

It also provides for future cooperation between the UK and EU on emerging security challenges, such as cyber and health security, including continuing work on tackling the spread of COVID-19.

It recognises UK sovereignty over our fishing waters and puts us in a position to rebuild our fishing fleet and increase quotas, overturning the inequity that British fishermen have faced for over four decades. By the end of the five-year transition, we will have full control of our waters and the amount of fish available to UK fishermen will have risen from half to two-thirds.

The deal provides for the UK’s participation in certain EU programmes, furthering the Government’s commitment to making the UK a science and research superpower. This deal will fulfil the manifesto commitment to participate in the Horizon Europe programme, but also the Euratom Research and Training programme, and the space programme, Copernicus.

Finally, the agreement delivers for citizens, making our daily lives easier. It includes arrangements for airlines and hauliers that provides them with certainty, and gives people the ability to travel to and from the EU easily for work and holidays; a social security agreement that has practical benefits for UK citizens including accessing healthcare when travelling in the EU; and agreements on energy which will benefit consumers by helping to keep prices down. It delivers for the entire UK, protecting the integrity of the UK’s internal market and Northern Ireland’s place within it.

A letter from the Chancellor of the Duchy of Lancaster and Minister for the Cabinet Office, Michael Gove MP, has been attached below, which was sent to all MPs on 29 December.