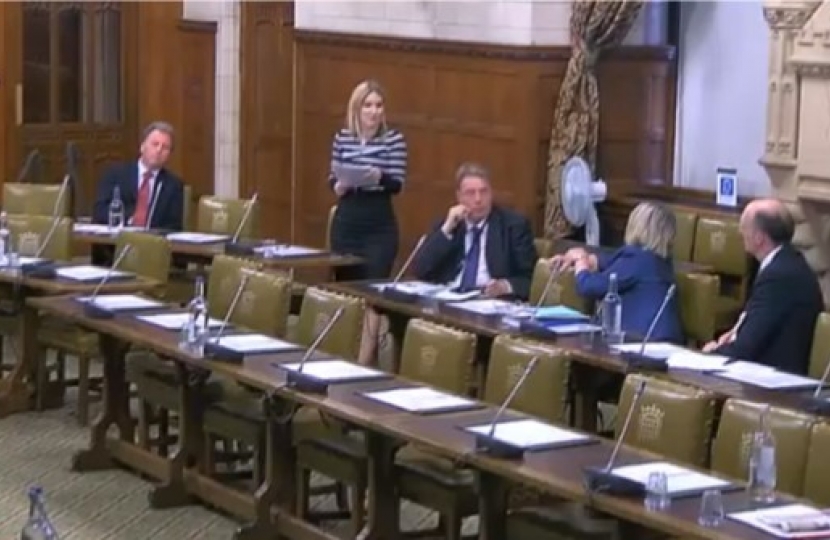 I made the following contribution to a debate on the UK's relationship with China, which was tabled by Aldershot MP, Leo Docherty. Unfortunately I was called last to speak so had to cut my comments to five minutes. These kinds of strategic questions about the UK's place in the world and the trade-offs in managing our bilateral relationships, are key to our prosperity in the post-Brexit era and I shall press for more debate on such questions in the months ahead.

Thank you for calling me to speak, Sir Edward. I congratulate my hon. Friend Leo Docherty on securing this important debate, and on setting out a very wise and thoughtful approach to relations with China. Too often in this place we concentrate on short-term issues that are driven by the news cycle, while entirely overlooking critical strategic questions that will have a massive impact on our constituents over many years and decades. That shortcoming contrasts with China’s approach. I hope that we can find a way of addressing it as we seek to reform our political system as we leave the EU and start to think with long-term vision about the UK’s place in the world and our relationship with key allies and new partners.

The focus on the UK’s relationship with China under the previous Administration, driven by Chancellor George Osborne, was welcome, if perhaps prematurely enthusiastic in certain sectors. It has reaped tangible benefits—notably, the impetus to make London the biggest renminbi trading hub outside China. However, Chinese influence within the UK is not without risk, and other big policy announcements deriving from that effort, such as the Chinese investment in Hinkley Point, threw up tricky questions about security and dependence. Broadly, we have a decision to make about our approach: do we wholeheartedly embrace the relationship with China; do we welcome what it can bring but handle with care; or do we take a cautionary approach that would exclude whole sectors of our economy from Chinese input, even if that means that we do not gain an understanding of its technological advances or benefit from its investment?

The Huawei case encapsulates that dilemma and highlights some of the trade-offs at play in our relations with critically important allies such as the United States. It should also make us ask why the western world got so behind in the development of 5G technology that it became reliant on Chinese telecoms firms. I would be grateful if the Minister could let us know whether there is work under way within Government and with allies to identify strategic areas in which China is gaining a competitive edge, particularly in autonomous weaponry and cyber-warfare, and how that edge might be leveraged in future.

Similarly difficult questions must be posed about the impact of Chinese wealth as that nation moves more decisively on to the world stage. China has a population of 1.4 billion, so even a tiny percentage of the most mobile and wealthy Chinese citizens will have a profound impact on global cities. I have travelled to Australia several times in recent years, and I was taken aback by the marked change I saw on my most recent visit due to growing Chinese influence, particularly due to the affluent student population and tourist numbers. That can be enormously positive, but how that wealth is handled— particularly in relation to investment in domestic property markets—has the potential to cause public unease in the years ahead. Skyrocketing house prices in Auckland, New Zealand, have led to a ban on foreigners buying homes there, and there are already stringent rules on overseas investors in the Australian and Singaporean property markets in response to such concerns. London may have to review its own openness.

Antipodean nations are at the sharp end of some of those policy dilemmas. They are keen to have a positive relationship with a strategically important near neighbour, but nervous of dependence or exposure. That nervousness is something we can both learn and benefit from as we seek a new role in the world at the same time as allies step up efforts to diversify risk. In that regard, although new free trade agreements with the likes of Australia and New Zealand may derive only modest benefits due to their market size, both countries have valuable experience from which we can learn. New Zealand was the first country to strike an FTA with China, and each antipodean nation has suggested smarter ways in which we might work together—for example, by fulfilling the demands of the burgeoning Chinese middle classes for safe, high-quality agricultural produce. I welcome my hon. Friend’s tremendous exposition about pork markets.

We must be realistic and pragmatic about the power dynamic at play. We must place our relationship with China neither on an outdated sense of economic or technological superiority, nor on fawning weakness that leads us to be cautious about upsetting the apple cart. With respect to the latter, we should not underestimate what we bring to the table or allow ourselves to be cowed when we think that China gets it wrong, including on the kinds of issues that have been discussed, such as religious freedom.

China is aware of the growing unease about its expanding global influence and seeks credibility of the kind the UK can lend. That is partly why the Hinkley investment was so critical to Chinese ambitions in nuclear power. Last week the International Trade Committee heard from the Institute of Directors, which, in response to growing demand, is considering setting up a Chinese branch where Chinese directors could be trained in corporate governance. The picture is similar for UK corporate law firms.

Worries about the structure and terms of Chinese investment—

Order. Will the hon. Lady please bring her remarks to a close, in order to leave time for the Front Benchers?

Certainly. I was going to say that my views on the belt and road initiative are similar to those of Faisal Rashid. I also wanted to touch on my own observations from an all-party parliamentary group visit to Huwei’s Shenzhen facility in November 2017. I was rather alarmed by how some of the facial recognition technology was deployed, which woke me up to some of the issues that we will have to handle.

I am grateful to my hon. Friend the Member for Aldershot for securing such a fantastic debate. We really need more time to discuss such issues, which will be critical in the years ahead.