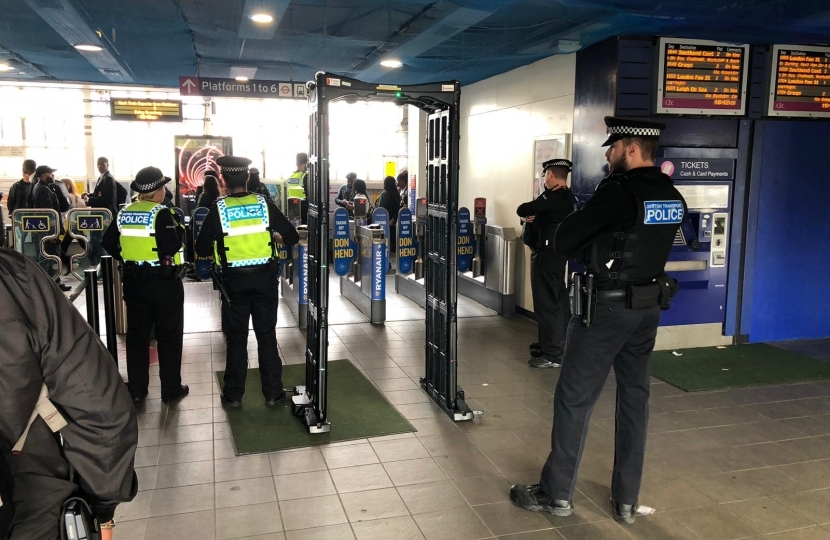 Yesterday, the Prime Minister announced that over 4,300 police officers have joined the police since we launched our major recruitment drive in September 2019, and that over the past year, the police workforce has grown by 5 per cent – the largest annual increase in officer numbers since 2003-04.

Policing has been one of the big concerns that Hornchurch & Upminster residents have raised with me over the past few years and I committed to delivering more police officers at the last election. Today's news confirms that we remain on track to deliver on our manifesto commitment to recruit 20,000 more police officers by 2023, and to have the first 6,000 in place by March 2021.

Police pay will also be boosted by 2.5% this year - equivalent to a constable receiving an extra £1100 - giving forces their largest increase since 2010. The number of people joining the police is at a ten year high, with over 78,000 applicants between October 2019 and May 2020. We want to make sure that policing remains an attractive career and I have spoken to our local Borough Commander, Stephen Clayman, about some of the new routes into policing that will be launching this September including a new police apprenticeship. Home Office stats suggest the force is becoming more diverse and representative of the communities they serve.

Many constituents have been in touch over the last year to share their concern for the safety of police officers, and it is only right that officers can expect to be protected when at work. I have been working with MP colleagues to get a Police Covenant enshrined in law, giving officers particular rights covering their physical protection, health and wellbeing, support for their families and public recognition for their bravery and work.

We also hope to double the maximum sentence for assaults on emergency workers to two years, ensuring those who seek to harm our officers feel the full force of the law. We have launched a consultation seeking views on increasing the maximum penalty from 12 months to two years in prison, delivering on our manifesto commitment to consult on tougher sentences.

Giving police the powers they need is also crucial in the fight against crime. We are lifting emergency stop and search restrictions so that more than 8,000 police officers will be able to stop and search anyone in a designated area without needing reasonable grounds for suspicion if serious violence is anticipated. More officers will also be equipped with taser devices.

In addition to recruiting additional officers, the government has also boosted police funding more generally, providing police up to £1.1 billion of additional funds this year, including a £150 million to fight organised crime and online child abuse, £39 million to tackle serious violence, and a £90 million increase for counter-terrorism policing. Taken together this represents the biggest increase in police funding in a decade.