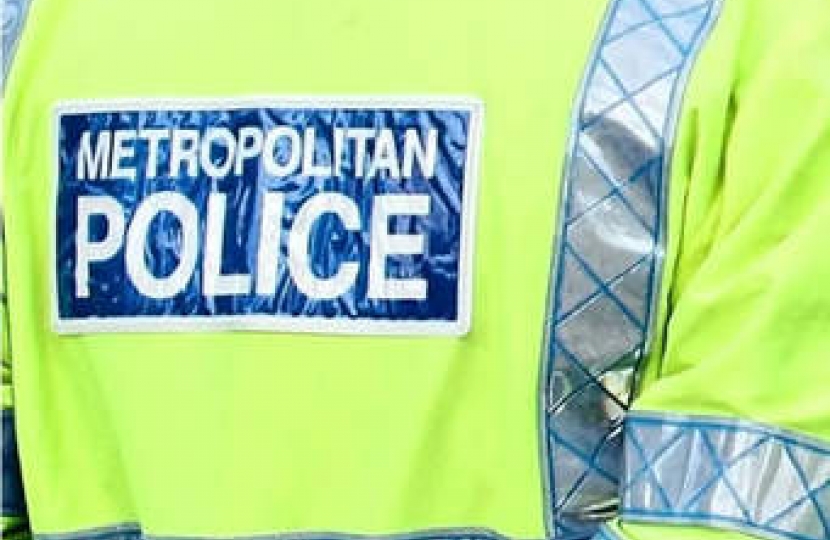 The whole community will share my distress over the utterly senseless loss of a 17 year-old girl from a fatal stabbing in Harold Hill at 9.25pm last night. The murder, which took place in the park on St Neots Road, is now being investigated by officers from the Metropolitan Police and the park has been closed off to allow that investigation to take place.

I spoke first thing this morning to Deputy Mayor for Policing, Sophie Linden, and have now also had the chance to talk to Mayor of London, Sadiq Khan, about the incident as well as our Borough Police Commander, Jason Gwillim, who leads policing operations in Havering, Redbridge, and Barking & Dagenham.

Young people and their parents may be particularly worried about security in the area and Commander Gwillim has ordered the stepping up of high visibility police patrols to reassure the community at this difficult time. Unfortunately no arrests had yet been made at the time of the calls (around midday) but evidence gathering is well underway and anyone with any potentially useful information is being encouraged either to contact the Incident Room on 020 8345 3775, Tweet @MetCC or call Crimestoppers on 0800 555 111 if callers would prefer to provide information anonymously.

It is not yet clear whether the young lady lived locally but the Mayor has assured me that a family liaison officer will be allocated to the case immediately to ensure family members are supported, and I have offered my assistance and that of my team should it be required. We send our deepest condolences to them, as well as to her friends and those who witnessed this tragic crime.

I know residents have been worried about recent muggings and the use of knives in the area as a means of intimidating local people. My team and I had an extensive one-to-one meeting with Commander Gwillim two weeks ago to discuss these concerns and to receive an update on the work officers are carrying out to prevent and investigate incidents. This included discussion on how best to deploy stop and search locally and the use of facial recognition technology in town centre hot spots.

This kind of crime has previously been very unusual in our area and none of us wants to see it take root. Joined-up prevention work is required and I have been meeting local councillors, police officers and community organisations over this past year to look at issues of school exclusions, support counselling, education and the effectiveness of Youth Offending Teams. I have also been working with schools on Harold Hill to engage students in these issues, including attending a knife crime assembly at Drapers Academy to support work to deter young people from carrying weapons. There is a concern that recent youth violence in London is linked to the exploitation of young people at risk of exclusion from school, and this week I met a Hornchurch charity that mentors young people at risk of falling into crime to see how we might expand that work in the borough. I also raised the need for a joined-up approach in my contribution to a recent parliamentary debate on knife crime should it be of interest to constituents.

On the hard policing front, as advised in our February Harold Hill newsletter, I have been working for some months to secure additional police funding for the Met as I know resource has been a concern. Following private meetings with the Prime Minister and Home Secretary, we were able to secure just before Christmas up to £172 million extra for the Met this year. I know from conversations with senior forensics officers that this resource is already making an impact, with crime analytics and detective teams beefed up, and I shall be continuing to press our Police Minister and Home Secretary for consistency in that funding so that officers can plan how best to allocate that money.

Our Assembly Member, Keith Prince, recently held a police meeting on Harold Hill to enable residents to communicate any worries about crime through him to the Mayor of London, within whose jurisdiction the Met resides. I wrote to the Mayor myself just before Christmas to request information on his policing strategy for outer London boroughs to ensure they are as much a focus as inner London areas.

In parliament, new legislation is being brought in through the Offensive Weapons Bill to tighten laws over knife and acid sales, and this forms part of the government's Serious Violence Strategy that is building a comprehensive approach to pushing down violent crime rates including early intervention and prevention, tougher law enforcement and tackling county lines and misuse of drugs.

I appreciate that this offers precious little comfort to the loved ones of the young lady we lost yesterday, but I want to assure residents of some of the work in which we are engaged to respond to the legitimate worries being raised with us over public safety. Insofar as I am able to share any further updates on yesterday's senseless murder, I shall post them on this page.