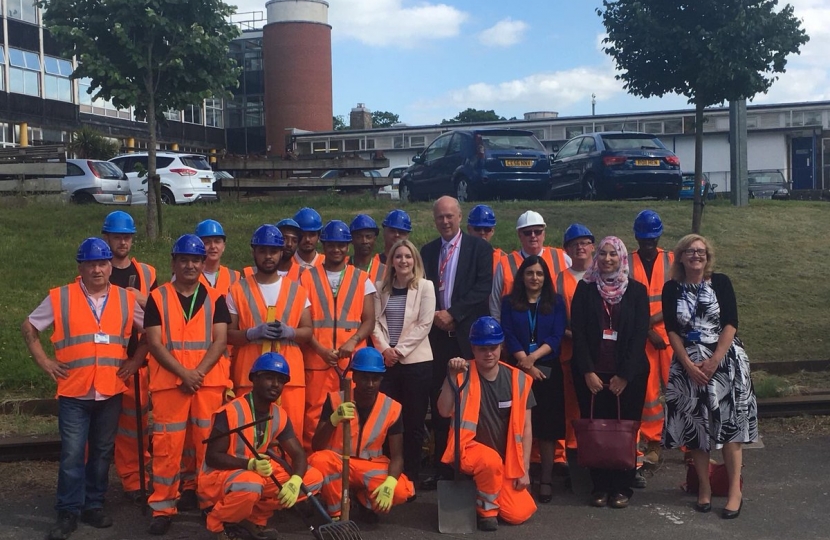 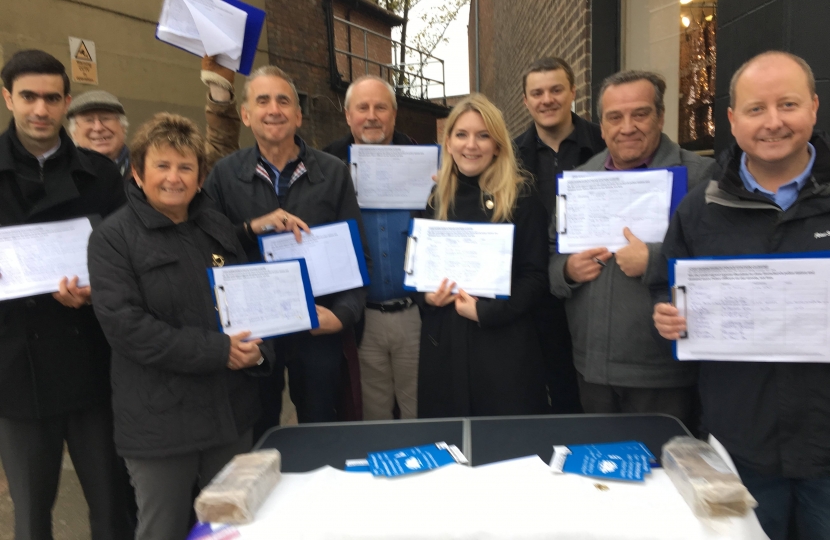 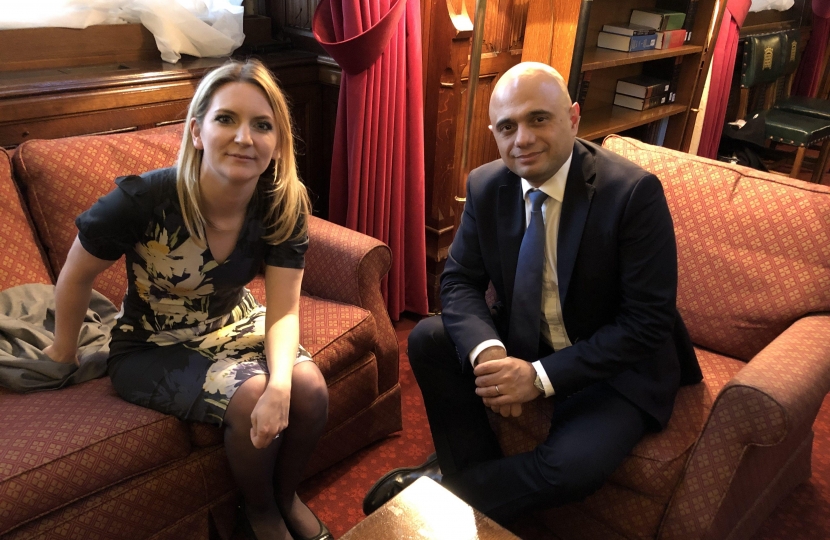 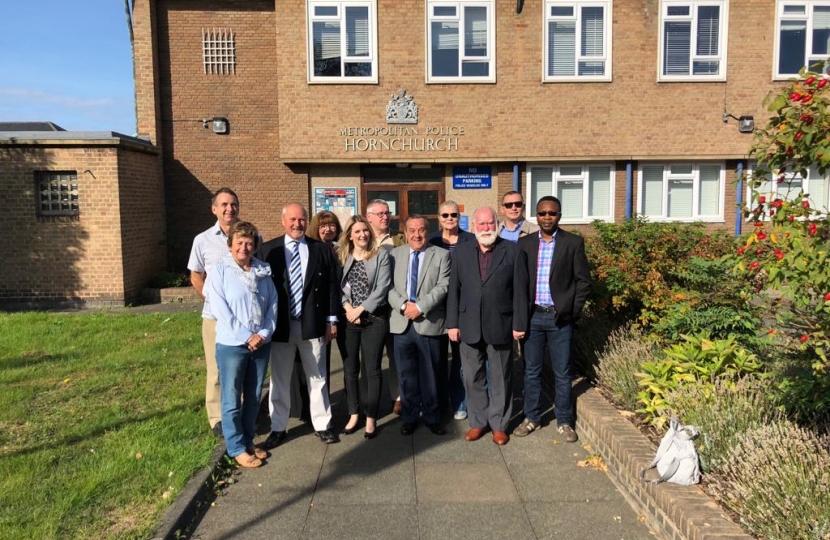 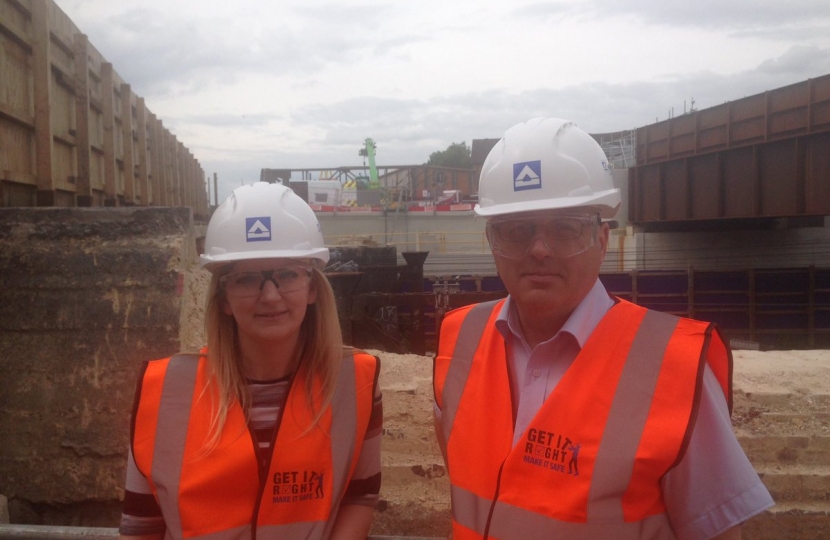 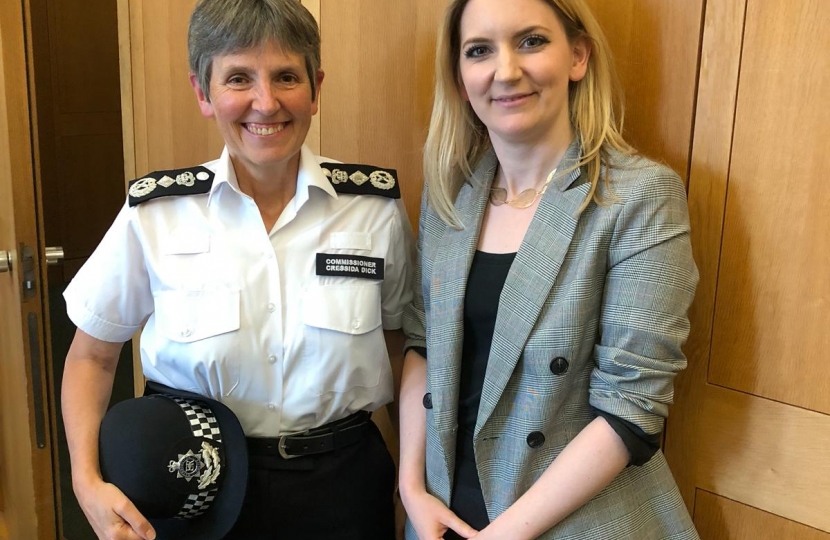 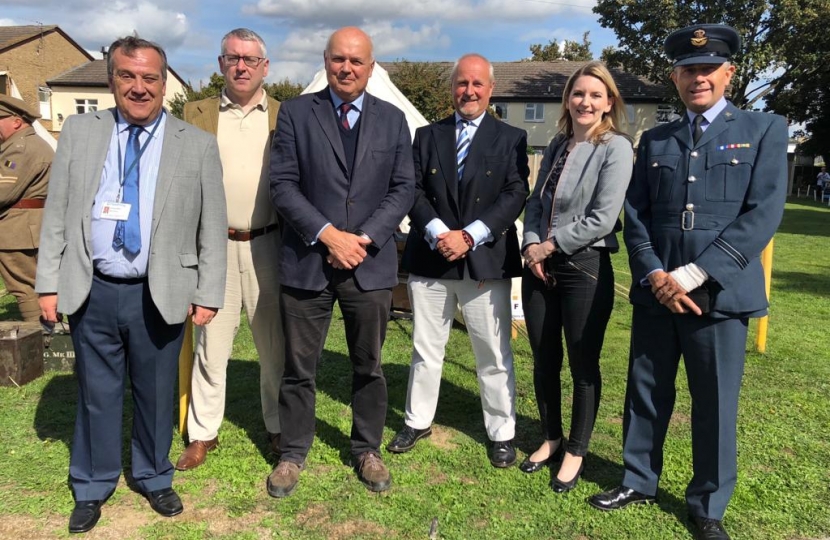 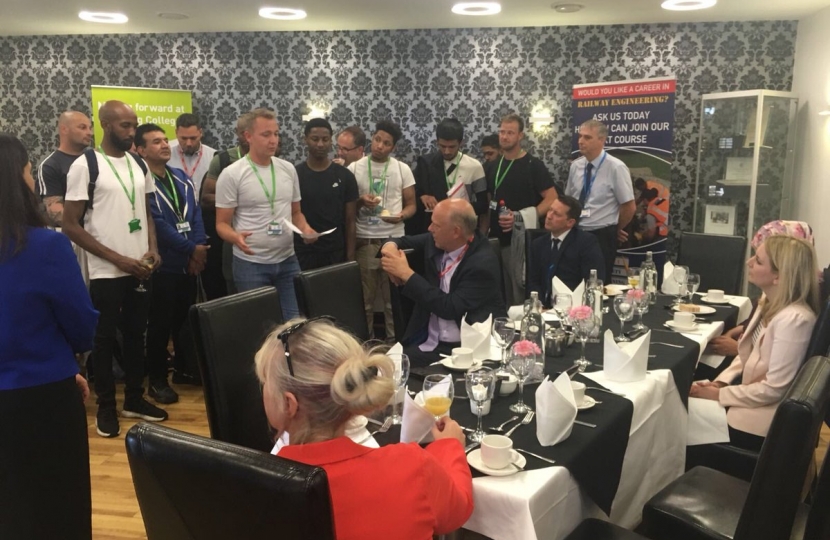 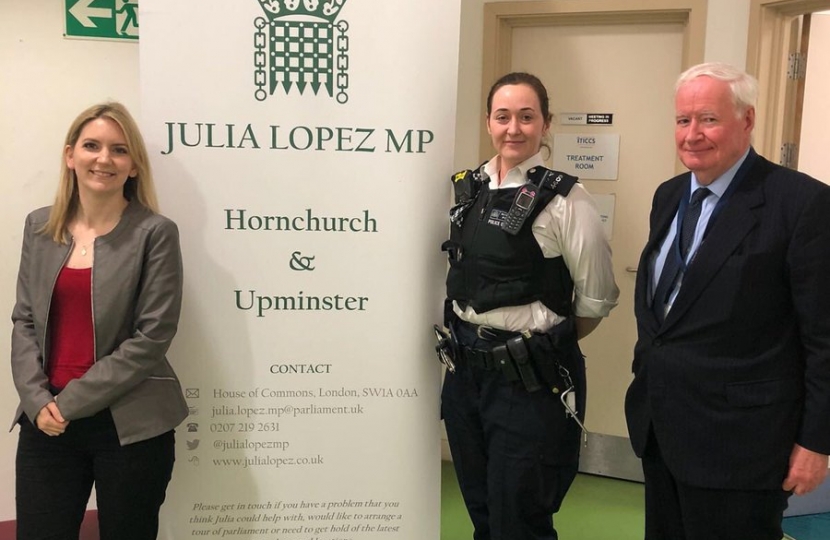 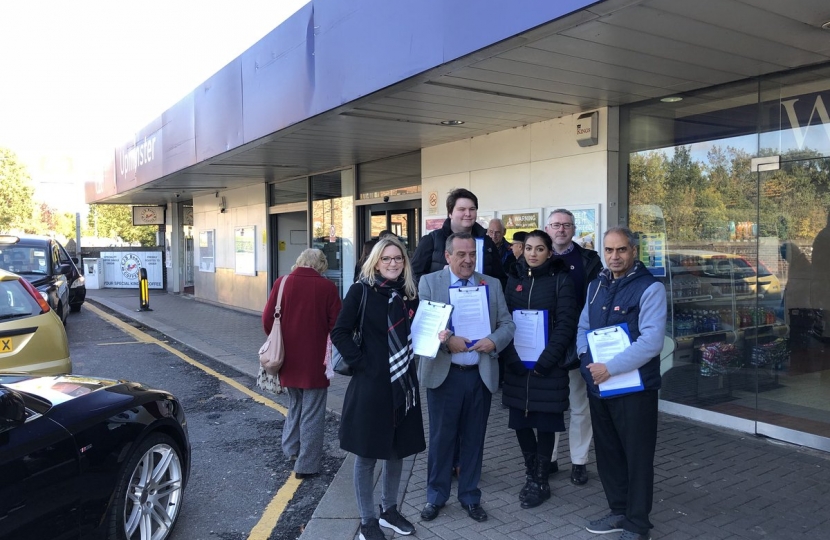 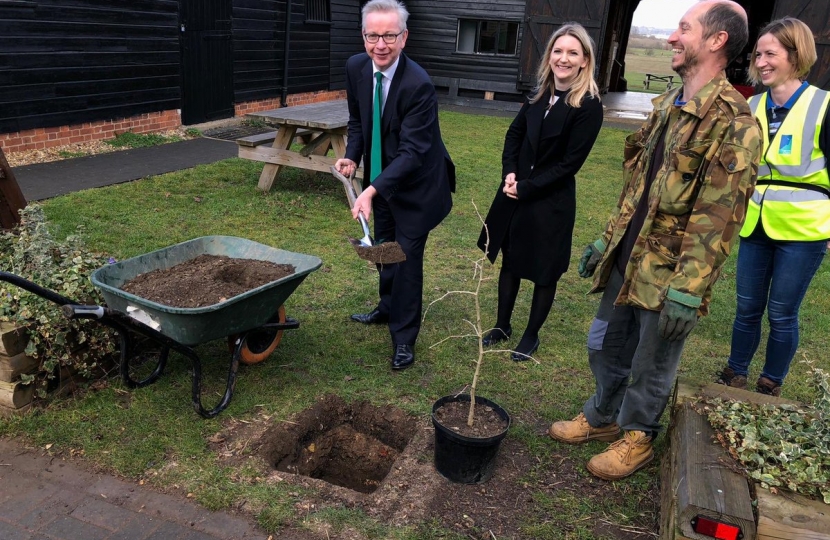 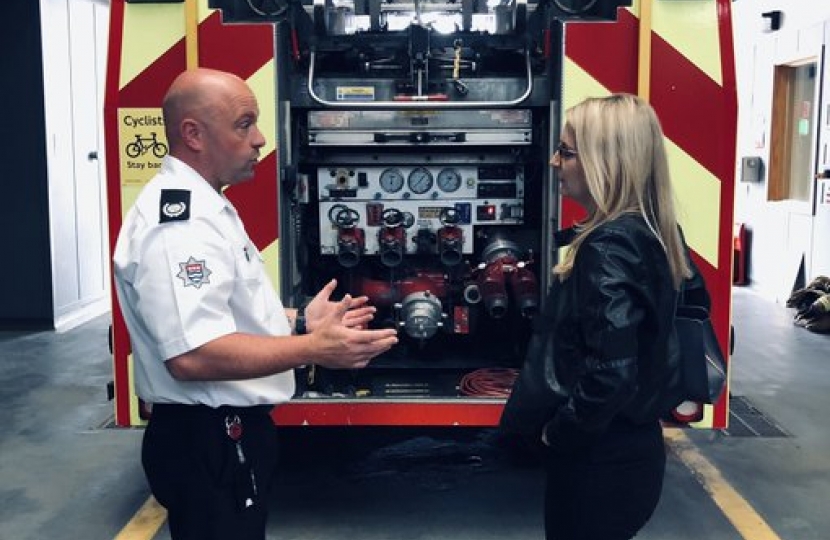 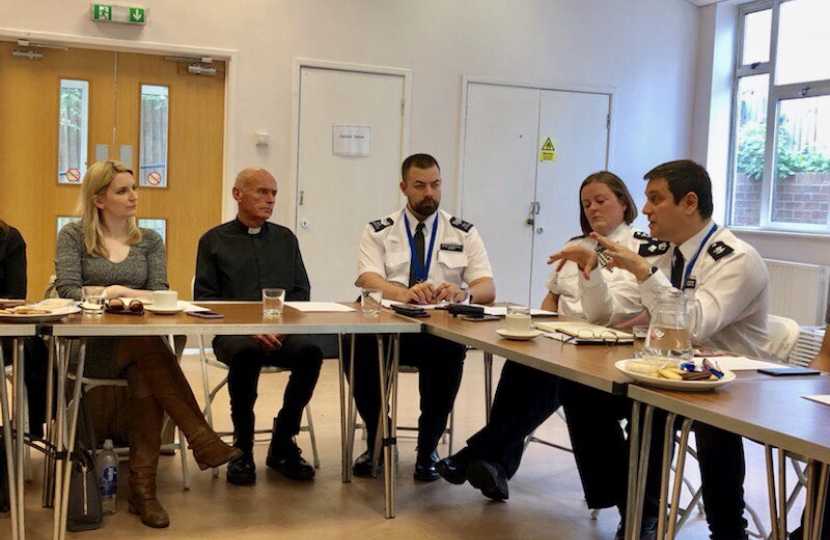 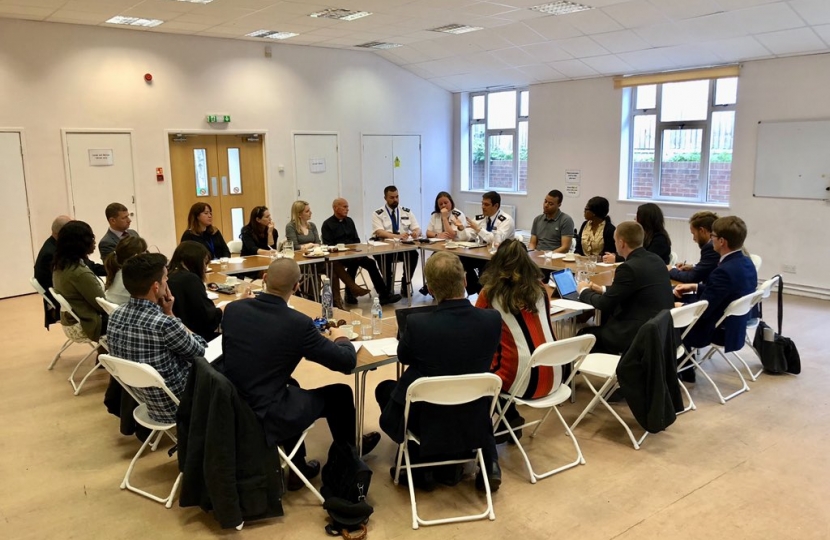 Policing has been one of the big concerns that Hornchurch & Upminster residents have raised with me over the past few years and I committed to delivering more police officers at the last election. We are on track to deliver on our manifesto commitment to recruit 20,000 more police officers by 2023, and to have the first 6,000 in place by March 2021.

We need to make sure Havering gets its fair share of the Met's allocation and I have lobbied the Mayor of London to improve policing of the outer boroughs. I successfully secured more Home Office money to tackle violent crime and have been working with schools, council, residents, police and local charities on prevention of youth violence.

I have worked with local campaigners to petition the Mayor to keep open Hornchurch Police Station and secured high visibility British Transport Police operations at our tube stations to deter muggers from coming to the area. I have held community meetings and surgeries across the constituency to bring police and residents together to talk about local problem areas.

In parliament I have spoken in debates on knife crime sentencing and voted to toughen police powers against violent crime. Government has introduced the Counter-Terrorism and Sentencing Bill, which marks the largest overhaul of terrorist sentencing and monitoring in decades. This legislation will strengthen every stage in the process of dealing with terrorist offenders across the UK, from sentencing and release through to monitoring in the community.

We have also put in place new measures that mean serious violent and sexual offenders will no longer automatically be released halfway through their sentence came in to force. Those convicted of crimes such as rape, manslaughter and causing grievous bodily harm with intent will instead have to spend two-thirds of their sentence in prison before they can be freed on licence.

We are toughening our approach to domestic violence and providing better support to victims through the groundbreaking Domestic Abuse Bill.

Gallows Corner has been a concern of local residents for many years and I have been lobbying the Government and the Mayor of London for improvements to this important junction. Following meetings with the Secretary of State for Transport, it was announced in October 2018 that the junction had been shortlisted as one of five potential improvement schemes in the Government's Major Road Network programme. As Gallows Corner comes within the Transport for London (TfL) road network, it is the Mayor of London and TfL that are responsible for making a business case for the funding. I have been actively pushing the Mayor of London for progress on this matter.

The new Lower Thames Crossing is being constructed to provide another river crossing east of Dartford to reduce congestion and make journeys between Essex and Kent easier. We have been actively engaged with the LTC project team to secure broader benefits from the scheme for our constituency.

We have successfully secured more cash from central government to improve road surfaces via a bigger Pot Hole Fund.

Given the high proportion of over-65s in Hornchurch and Upminster, as well as a rapidly growing young population, accessibility to transport is a significant issue. I have been actively pressing Network Rail for the urgent completion of Crossrail Complimentary Works at Harold Wood station, to restore access to the main ticket hall and step-free access.

In Upminster, I am campaigning for step-free access to be provided to platform 6 at Upminster Station, currently the only platform without step-free access at the station. I have been petitioning local constituents and I am thankful for the 1,000+ who have signed my petition for this. Unfortunately, station operator C2C was not successful in their initial bid for funding for this project, however, I continue to lobby government for funding for this project. I have successfully lobbied TfL to provide train departure boards for District Line services from Upminster station, advising from which platform the next train will be departing and where. This will be helpful to those with mobility issues that otherwise had to use stairs/lifts to access this information.

I successfully lobbied the government to remove the borrowing cap on councils to enable Havering Council to undertake its ambitious estates regeneration programme. This aims to regenerate twelve ageing council estates across the borough and replace them with new homes to buy and rent for local families. I have been actively engaging with the council since to ensure that the developments are responsive to the community's need and delivered in a way that limits disruption to existing tenants.

UPDATE 7 Sep - Further to the article I posted below this week and the correspondence between my office and the British Transport Police, I'm pleased to say we have had further ops at Upminster Station this week.

In June, I hosted a meeting in Harold Hill with key local stakeholders including police, parents, charities, schools and council to discuss how we could all work together to reduce and prevent youth violence.

A write-up of the meeting can be found by clicking here.

Constituents may be aware that London City Airport has recently launched a public consultation on its Draft Master Plan for the 2020-2035 period.

Today I met TfL with our local London Assembly Member, Keith Prince, to call for progress in unlocking improvement cash for the notorious Gallows Corner junction.

This morning I attended the ‘Accessible Transport for All’ event at the Romford YMCA on Rush Green Road to make people aware of the wide-ranging accessibility that now exists on our public transport system.

Today my team and I brought together community representatives, police and Havering council at a meeting in Harold Hill to encourage a joined-up approach to preventing and tackling violent crime in the borough.

Accessible Transport for All event

Regular readers will be aware of my campaign to improve transport accessibility to ensure people of all levels of mobility can lead as fulfilling lives as possible.

On Friday I attended a public meeting hosted by Keith Prince AM, London Assembly Member for Havering and Redbridge, to discuss local concerns regarding policing and crime.

I organised a police meeting in Upminster's baptist church last year to respond to residents' concerns about community safety and encourage better dialogue between police and residents.