Daily Telegraph - The PM's deal slithers us into an indefinite limbo 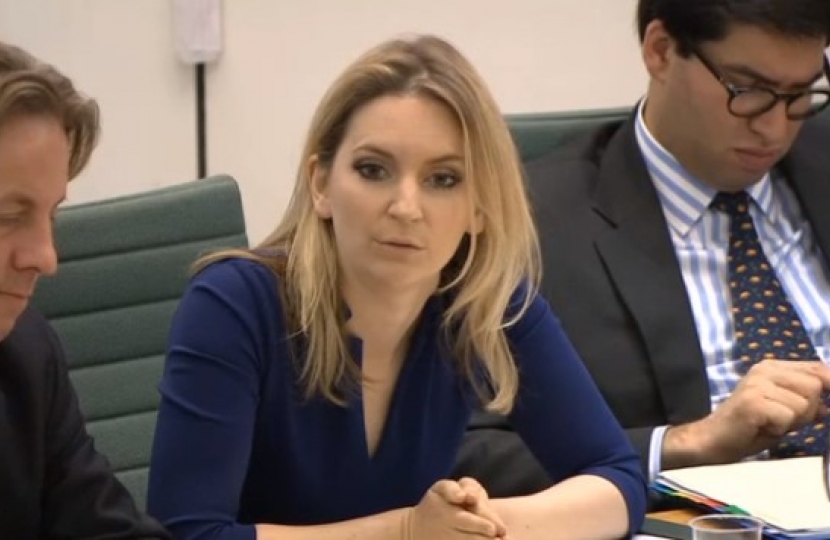 ‘Let’s get on with it’, concluded the Prime Minister in a recent letter to MPs selling the Brexit Withdrawal Agreement. It is a seductive sentiment, and one which government hopes will persuade exasperated voters and equally weary MPs to unite behind the deal in time for a happy Christmas.

Behind the allure, however, is a starker threat to Conservative MPs. Accept this deeply unattractive deal with the EU or take the finger-jabbing blame of your constituents for whatever scenario plays out next (a sour pick’n’mix of No Brexit, General Election, Corbyn Government, No Deal or Second Referendum, according to distaste). I confess I have found this deliberately-contrived ultimatum hard to accept, as have other younger MPs with whom I joined in Saturday’s Telegraph to oppose the Withdrawal Agreement.

We believe there are better alternatives that can still be put into play of the kind former Brexit Minister, Suella Braverman, set out in this paper on Monday – namely the advanced Free Trade Agreement offered three times already by EU negotiators. But we also believe approval of the Brexit deal next week can provide only the most fleeting respite from the divisions the Prime Minister suggests it can heal. Far from bringing certainty to citizens and businesses, it slithers us into an indefinite limbo from which we cannot unilaterally exit. It denies many of the creative opportunities of Brexit and rings the bell for the next round of the parliamentary grudge match as the transition period kicks off without any sense of to what we are transitioning.

This is especially the case when it comes to trade. Number 10 assures MPs that under this deal, our future trading relationship with the EU can look like anything between that of Norway and Canada. Yet the terms of the Withdrawal Agreement are painting us into a model akin to a Turkey – a sub-par customs arrangement that aligns us to EU rules and regulations in certain areas (in our case goods and agri-foods) while allowing free trade agreements (FTAs) to be struck in services.

What government omits to say is that without political control over our external trade policy, influence over vast swathes of regulation, the ability to offer access to our goods market or clarity as to how goods sold with services would be affected, such FTAs will be narrow, limited in value – and entirely unappealing to our partners. We might technically be able to negotiate new deals during the transition, but this, at heart, is another empty seduction. Any sensible trading partner will be waiting to see what the UK binds itself into with the EU first. Turkey accepted these deleterious terms as a stepping stone to an EU membership that never came to pass. This is not a trade policy to which we as the fifth largest economy in the world should aspire and provides a cautionary tale about the weight the EU attaches to non-binding political declarations.

Under such trading terms, acceding to the Comprehensive & Progressive Agreement for Trans-Pacific Partnership (CPTPP) to enhance trade with the likes of Japan, Canada and Australia becomes a hollow aspiration. The same applies to a US-UK trade deal. In offering his blunt assessment on the Withdrawal Agreement, President Trump was merely saying what many other allies are too polite to point out. While FTAs offer no silver bullet in growing trade between two parties, they can be critical tools in fulfilling broader economic and diplomatic objectives. In the case of the CPTPP, UK membership could encourage the United States back into the deal and check an expansive China. A US-UK FTA could help set global standards in financial services, e-commerce and new technologies, not to mention the prospect of cheaper goods for UK consumers, while the emergence of an independent UK cooperating with allies at the World Trade Organisation could inject fresh energy and legitimacy into the international rules-based system.

Locked into a de facto customs union with the EU, we will be tethered to outdated trading arrangements that reduce choice and value.  On a recent trip to Chile, for example, I heard how these keen world traders have been unable to modernise their fourteen-year-old Association Agreement with the EU due to European insistence on retaining countless Geographical Indications (GIs) to protect producers from Chilean competition. Brexit ought to give us the chance to improve such deals and offer UK consumers a better, cheaper or wider range of products but we shall instead be able to strike services-only agreements. It will be the same story with partners in the developing world, for whom Brexit had promised a chance to devise a more ambitious aid-to-trade policy.

Domestically, we will have to stick to the EU’s hazard-based model of food and agriculture regulation, denying our life sciences sector the opportunity to develop new environmentally-sensitive and technologically-innovative ways of managing land. We shall likely be less able to do inventive things on VAT and customs policy, from removing the tampon tax to introducing free ports in former industrial areas to spark a manufacturing renaissance. And for all this we shall not have frictionless trade – the backstop arrangements impose full third-country regulatory and customs controls for every commercial shipment between the EU and Great Britain, and every shipment across the Irish Sea.

The desire to have an independent global trading policy is being portrayed as the fanatical preoccupation of a hardcore of Conservative Brexiteers. In truth, it ought to be the aim of every Conservative MP who wants to deliver our manifesto, maintain the electorate’s faith in democracy and carve an ambitious new role for the UK in the world. By killing the chance to have our own regulatory and customs tax policy, the Withdrawal Agreement not only stifles our ability to design the kind of dynamic trade strategy that was one of Brexit’s greatest appeals but represents a deceit that voters will not easily forget.