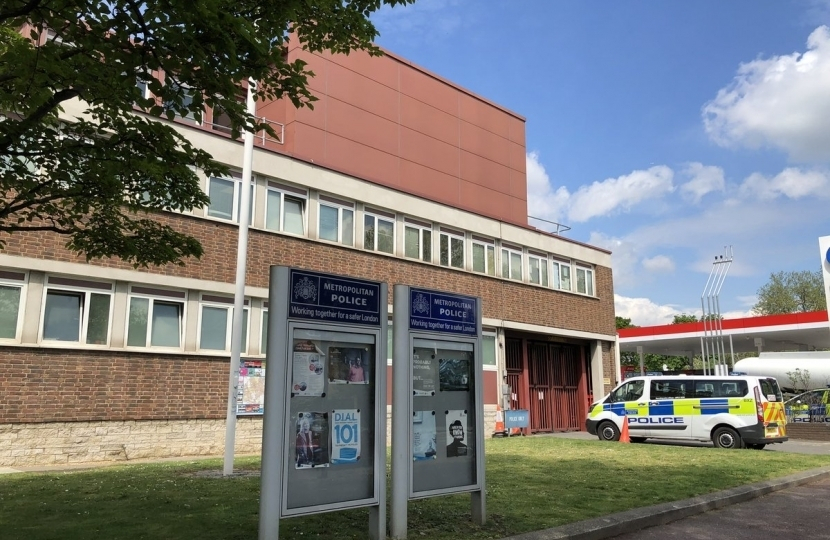 Julia Lopez MP has sought further assurances on the future of Hornchurch Police Station from Havering Council and the Mayor of London.

Julia remains committed to ensuring a continued police presence at the Hornchurch Police Station since the Mayor of London first outlined proposals for its closure in 2017. Following a strong local campaign – championed by Julia, pressure from Havering Council and a judicial review of the initial public consultation regarding the closure of a number of police stations, including Hornchurch Police Station, the Council secured in 2018 the option to purchase the station and lease it back to the Mayor’s Office for Police and Crime (MOPAC) in order to retain a police presence in the area.

Since then, the plan has been subject to continued delay and review leaving the future of the site uncertain. Julia has regularly sought updates on the progress of the deal from both Havering Council and the Mayor of London and has once again sought an update on the site’s future. In light of recent comments from the Minister for Policing and Crime that the Metropolitan Police Service has the highest number of officers ever, with 2,599 recruited over the last three years, Julia has asked that the Mayor undertake a fresh review of the initial decision to dispose of the station given increased officer numbers. Alongside writing to the Mayor, Julia has also raised the issue of the Hornchurch Police Station with Cllr. Ray Morgon during their first meeting upon his election as Leader of the Council.

When writing to the Mayor, Julia also outlined her concern that the Metropolitan Police would be placed within the ‘engage’ process by Her Majesty’s Inspectorate of Constabulary and Fire and Rescue Services (HMICFRS), effectively a form of special measures. Julia outlined particular concern that a number of issues, such as the response times to calls, reportedly highlighted by the HMICFRS have featured previously within her correspondence to the Mayor and that progress had not been made in these areas. Julia has asked that the Mayor outline his plan to address the issues highlighted by HMICFRS and restore confidence within the Metropolitan Police.