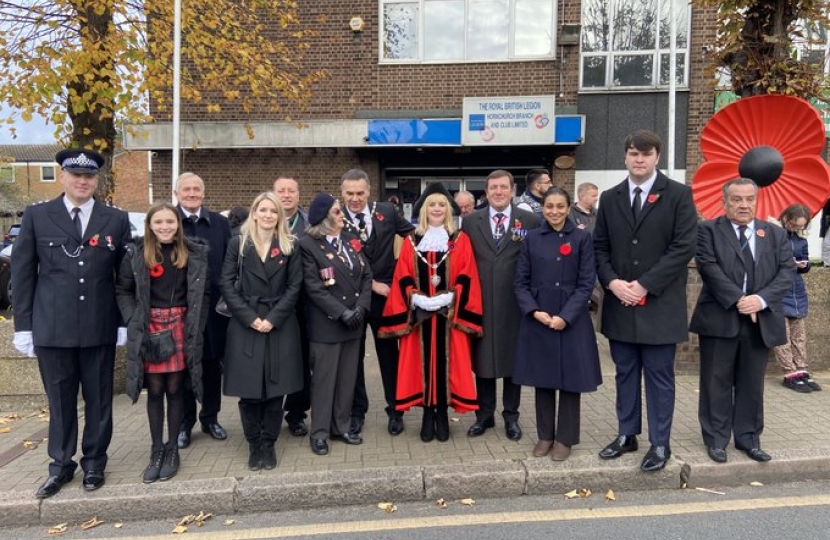 I was glad to attend the beautiful and poignant Hornchurch Remembrance Parade and Service in November which saw an incredible turnout from the community and attendance from the Deputy Mayoress, councillors, service personnel, guides, scouts and police officers. Local residents lined the entire route of the parade through the high street and a couple of hundred people attended the service of Remembrance by the war memorial at St Andrew's Church. Remembrance Sunday is always the most important occasion in any MP's calendar and I was glad to be able to honour those who have made the ultimate sacrifice for our values and for the freedoms that we enjoy today.

I caught up with the new interim Borough Police Commander, Paul Trevers, to discuss community concerns about policing. I was reassured that our neighbourhood policing teams are now at full strength and pleased to learn that there have been reductions in burglary across Havering after sustained efforts by officers. The current priority for our policing continues to be focussing on violence and tackling this wherever it may occur. I was also reassured by the news that the BCU continues to receive a steady influx of new officers from the Government’s drive for 20,000 new officers. My meeting with Paul followed representations I have made to Mayor Sadiq Khan asking for reassurances on the future of Hornchurch Police Station.

As regular readers of this column will know, I have been working with the NHS to progress plans for a new NHS hub in Hornchurch. I am pleased to report that formal planning permission for the new building has now been granted, which means the project can move closer to the building phase. Once constructed, the new NHS hub will see a host of healthcare services moved away from Queen’s Hospital and into the community. I am confident that this new site will simultaneously lessen the pressure on services at Queen’s and improve the accessibility of care, including renal, frailty, cancer, and mental health support, throughout Hornchurch and the wider borough.