New Cystic Fibrosis treatment to be made available 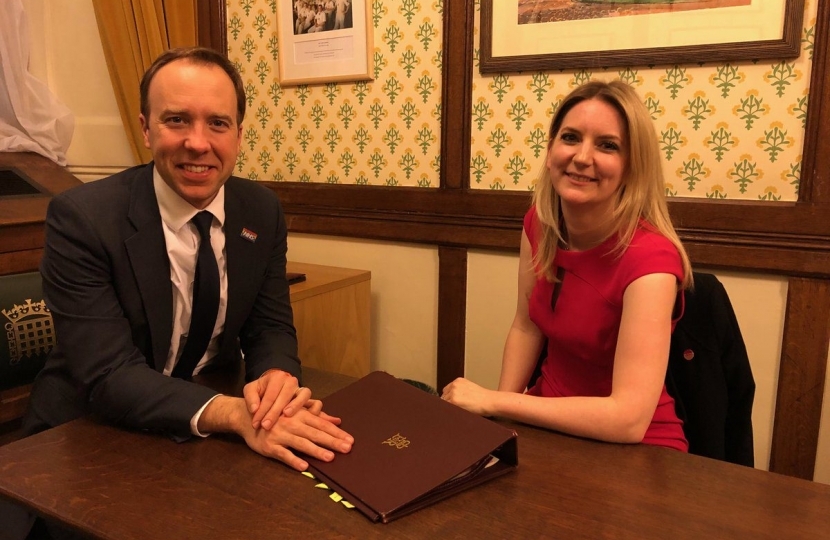 Since my election in 2017, I have been pleased to campaign alongside cystic fibrosis patients, their families and parliamentary colleagues on a cross-party basis for access to the very best cystic fibrosis drugs and therapies.

Last October,  the campaign made significant headway when NHS England announced that they had secured an agreement with Vertex Pharmaceuticals to make available all of their UK-licenced cystic fibrosis medicines: Orkambi, Symkevi and Kalydeco.

On Monday, NHS England announced that cystic fibrosis patients in England will be among the first in Europe to access Vertex’s new ‘triple combination’ treatment, which could benefit three out of five sufferers of the deadly disease.

In addition to granting a licence ahead of the European Medicines Agency, I was pleased that the deal negotiated by NHS England will mean that those patients with rare mutations, and potentially more limited treatment options that fall out of the scope of the European licensing considerations, will also be able to benefit from the range of treatments produced by Vertex Pharmaceuticals. NHS England has also ensured that equivalent terms will also be offered to health authorities in the UK’s devolved administrations should they wish to adopt them.

During this coronavirus pandemic cystic fibrosis patients will have been shielding and I was pleased to note that NHS England recently announced that thousands of people with the condition will receive devices allowing medics to monitor their condition remotely, as part of the NHS drive to give more people connected, supported and personalised care in their own homes, saving them from having to make trips to hospital.

For further information, the full NHS England announcement can be viewed at: https://www.england.nhs.uk/2020/06/nhs-patients-among-first-in-europe-to-benefit-from-landmark-deal-for-cystic-fibrosis-treatment/

A and AS-Level Results

Today, students across Hornchurch and Upminster will be receiving their A and AS-Level results, as well as results for other vocational and technical qualifications.